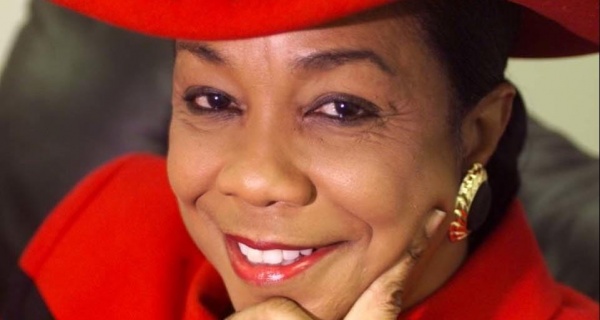 Frederica Wilson says she never received an apology from outgoing White House chief of staff John Kelly after he falsely attacked her.

Instead, she’s received death threats and nooses in the mail over the past year.

The Miami congresswoman was part of a national firestorm a year ago when she criticized President Donald Trump’s handling of a phone call with the widow of La David Johnson, a constituent of Wilson’s who was killed under mysterious circumstances during a military operation in Niger. In response, Kelly took the unusual step of addressing the national media from the White House briefing room to attack Wilson for taking undue credit for an FBI field office that opened in South Florida.

Now Kelly is scheduled to depart the White House in a few weeks. It’s unclear who will succeed him.

“I truly thought he would be fired long before now,” Wilson told the Miami Herald on Monday. “I think the president was hesitant because of all the publicity that he can’t hold staff or he’s a bad manager.”

Wilson said she has heard “not a word” from Kelly or the White House since his attack turned out to be false. The White House did not immediately respond to a request for comment.

“I think he made it very clear when he was asked by the media over and over and he said that he would never apologize,” Wilson said. “I think my concern was when he attempted to slander me and to impugn my integrity as a sitting member of Congress when he went to the White House briefing room and actually spoke about it to the American people.”

Since the incident in October 2017, Wilson says she’s been closely monitoring Kelly’s work in the White House and has come to the conclusion that he was not the stabilizing presence that many posited when he took over from Reince Priebus in July 2017. In particular, she was dismayed that Kelly and White House press secretary Sarah Sanders used the phrase “empty barrel” to attack her, arguing that the insult had racial connotations.

“I have seen him lose a star every six months,” Wilson said, referring to Kelly’s former career as a four-star general. “It started with me, but there were so many other instances where he was not this man... that everyone expected him to be. He lost all of his stars, all four stars through many more instances that involved racism, misogyny, and immigration. General Kelly needs counseling from a pastor or someone who can help him ask for forgiveness from the nation for all of his insults, not just to me but to the Dreamers who he said were lazy” and for initially defending former White House staff secretary Rob Porter after he was accused of spousal abuse by his two ex-wives.

After Kelly and Trump publicly criticized her from the podium and on Twitter overtaking undue credit in 2015 for securing federal funding for a new FBI building in Miramar, Wilson was the subject of multiple threats and racist attacks. She was unable to cast votes in Washington for a week due to the threats.

Video of the FBI building’s dedication ceremony showed that Kelly’s attack on Wilson — in which he said she “talked about how she was instrumental in getting the funding for that building” — was wrong. Instead, Wilson had talked about her bill that helped fast-track the naming of the building after two slain FBI agents, Benjamin Grogan and Jerry L. Dove.

“Rep. Wilson truly did the impossible, and we are eternally grateful,” then-FBI Director James Comey said at the Miramar event.

Wilson hopes to have a better relationship with whoever ends up succeeding Kelly, noting that the White House will need to work more with House Democrats in the next Congress after they gained a majority in November. She will be serving in the majority for the first time in her political career that began 20 years ago in the Florida House.