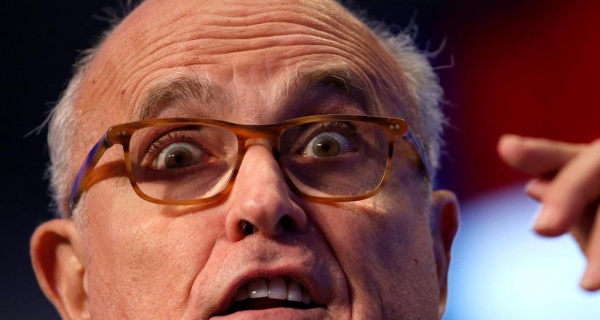 Plans for a party celebrating the 25-year anniversary of Rudy Giuliani becoming the mayor of New York City are “fizzling out” because the 74-year-old politico is “too toxic,” according to a source who was invited.

Ideally, the fete was to have taken place at the New York Hilton hotel where Giuliani celebrated his election win in November 1993. Organizers were aiming for early January.

“They wanted it to be around when he took office,” that source said.

When Giuliani became mayor in January 1994, he did so as the first New York Republican elected to that office since 1965. The GOP held the office for another 20 years after his win.

“Rudy wanted it to appear to come together organically,” according to that source, who said the mayor left party-planning responsibilities to associates who struggled to find supporters willing to pay for tickets.

According to that insider, Giuliani’s position as the embattled President’s personal lawyer has made him “too toxic” to be around right now.

“It’d be like a mafia wedding,” that source joked, referring to mob gatherings where investigators and media members show up to take an inventory of party-goers with close ties to the dubious guests of honor.

Scrutiny around the President and his defenders intensified this week as special counsel Robert Muller’s investigation into alleged electoral misconduct moved forward.

On Thursday, the President’s former attorney Michael Cohen told prosecutors that in 2016, then-candidate Trump was involved in trying to open a property in Moscow while the Russian government was interfering in America’s election. All 17 U.S. intelligence agencies informed Trump of Russian interference, but the President has questioned those findings and routinely sided with Russian strongman Vladimir Putin, who has denied wrongdoing. The President also accused Cohen – his trusted attorney of 12 years – of being a liar.

Also on Thursday, Giuliani told the Daily News that the defense team for former Trump Campaign chairman Paul Manafort, who pleaded guilty to conspiracy to defraud the United States in September, shared information with the President’s legal team regarding the Mueller investigation.

According to Giuliani, he’s heard nothing about an anniversary bash in early 2019.

“If there was a party for me, it was a surprise party,” he said. “I don’t know anything about a party. If you find something out, let me know.”

Former Giuliani communications director Cristyne Nicholas was involved in talks about coordinating a party, the source said. Nicholas did not return requests for comment.

In 2001, Giuliani was christened “America’s Mayor” for his resolute response to the Sept. 11 terror attacks. Time magazine named him its Person of the Year for his efforts.

The former mayor’s popularity has waned since he took over as Trump’s attorney in April.

A Gallup poll in June showed 32% of Americans had a favorable opinion of Giuliani, while 45% viewed him unfavorably. When Gallup first polled Giuliani in 2004, amidst the buzz of his someday being a presidential candidate, his favorable rating was at 65%. It reached a high of 77% when Giuliani announced his candidacy for President in 2007. He conceded to GOP nominee John McCain in January 2008.