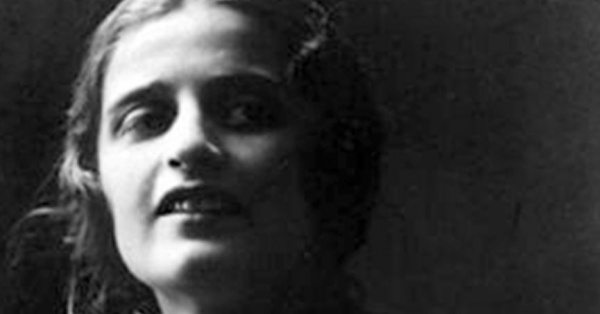 Ayn Rand was not only a schlock novelist, she was also the progenitor of a sweeping “moral philosophy” that justifies the privilege of the wealthy and demonizes not only the slothful, undeserving poor but the lackluster middle-classes as well.

Her books provided wide-ranging parables of “parasites,” “looters” and “moochers” using the levers of government to steal the fruits of her heroes’ labor. In the real world, however, Rand herself received Social Security payments and Medicare benefits under the name of Ann O’Connor (her husband was Frank O’Connor).

As Michael Ford of Xavier University’s Center for the Study of the American Dream wrote, “In the end, Miss Rand was a hypocrite but she could never be faulted for failing to act in her own self-interest.”

Her ideas about government intervention in some idealized pristine marketplace serve as the basis for so much of the conservative rhetoric we see today. “The reason I got involved in public service, by and large, if I had to credit one thinker, one person, it would be Ayn Rand,” said Paul Ryan, the GOP’s young budget star at a D.C. event honoring the author. On another occasion, he proclaimed, “Rand makes the best case for the morality of democratic capitalism.”

“Morally and economically,” wrote Rand in a 1972 newsletter, “the welfare state creates an ever accelerating downward pull.”

[She] called altruism a “basic evil” and referred to those who perpetuate the system of taxation and redistribution as “looters” and “moochers.” She wrote in her book “The Virtue of Selfishness” that accepting any government controls is “delivering oneself into gradual enslavement.”

Rand also believed that the scientific consensus on the dangers of tobacco was a hoax. By 1974, the two-pack-a-day smoker, then 69, required surgery for lung cancer. And it was at that moment of vulnerability that she succumbed to the lure of collectivism.

Evva Joan Pryor, who had been a social worker in New York in the 1970s, was interviewed in 1998 by Scott McConnell, who was then the director of communications for the Ayn Rand Institute. In his book, 100 Voices: An Oral History of Ayn Rand, McConnell basically portrays Rand as first standing on principle, but then being mugged by reality. Stephens points to this exchange between McConnell and Pryor.

“She was coming to a point in her life where she was going to receive the very thing she didn’t like, which was Medicare and Social Security,” Pryor told McConnell. “I remember telling her that this was going to be difficult. For me to do my job she had to recognize that there were exceptions to her theory. So that started our political discussions. From there on – with gusto – we argued all the time.

The initial argument was on greed,” Pryor continued. “She had to see that there was such a thing as greed in this world. Doctors could cost an awful lot more money than books earn, and she could be totally wiped out by medical bills if she didn’t watch it. Since she had worked her entire life and had paid into Social Security, she had a right to it. She didn’t feel that an individual should take help.”

Rand had paid into the system, so why not take the benefits? It’s true, but according to Stephens, some of Rand’s fellow travelers remained true to their principles.

Rand is one of three women the Cato Institute calls founders of American libertarianism. The other two, Rose Wilder Lane and Isabel “Pat” Paterson, both rejected Social Security benefits on principle. Lane, with whom Rand corresponded for several years, once quit an editorial job in order to avoid paying Social Security taxes. The Cato Institute says Lane considered Social Security a “Ponzi fraud” and “told friends that it would be immoral of her to take part in a system that would predictably collapse so catastrophically.” Lane died in 1968.

Paterson would end up dying a pauper. Rand went a different way.

But at least she put up a fight before succumbing to the imperatives of the real world – one in which people get sick, and old, and many who are perfectly decent and hardworking don’t end up being independently wealthy.

The degree to which Ayn Rand has become a touchstone for the modern conservative movement is striking. She was a sexual libertine, and, according to writer Mark Ames, she modeled her heroic characters on one of the most despicable sociopaths of her time. Ames’ conclusion is important for understanding today’s political economy. “Whenever you hear politicians or Tea Partiers dividing up the world between ‘producers’ and ‘collectivism,’” he wrote, “just know that those ideas and words more likely than not are derived from the deranged mind of a serial-killer groupie….And when you see them taking their razor blades to the last remaining programs protecting the middle class from total abject destitution—Social Security, Medicare and Medicaid—and bragging about how they are slashing these programs for ‘moral’ reasons, just remember Rand’s morality and who inspired her.”

Now we know that Rand was also just as hypocritical as the Tea Party freshman who railed against “government health care” to get elected and then whined that he had to wait a month before getting his own Cadillac plan courtesy of the taxpayers.

But, as I note in my book, The Fifteen Biggest Lies About the Economy, that’s par for the course. A central rule of the U.S. political economy is that people are attracted to the idea of “limited government” in the abstract—and certainly don’t want the government intruding in their homes—but they really, really like living in a society with adequately funded public services.

That’s just as true for an icon of modern conservatism as it is for a poor mother getting public health care for her kids.