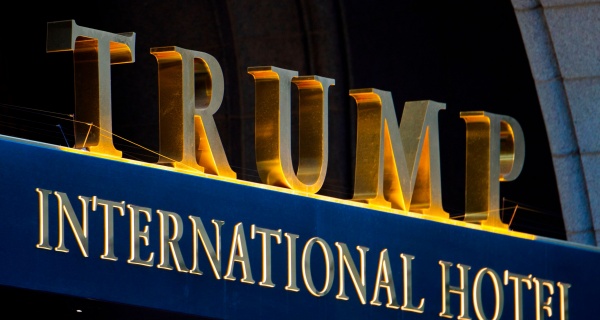 In an exclamation point-laden statement released by the White House on 20 November 2018, President Donald Trump contradicted a reported Central Intelligence Agency finding that Saudi crown prince Mohammed bin Salman not only knew about but actually ordered the assassination of critic and Washington Post columnist Jamal Khashoggi. Maybe bin Salman did know about it, the statement read, “and maybe he didn’t!”

As Trump’s financial ties to influential Saudi oligarchs were a topic of intense scrutiny in light of the Khashoggi killing, so too were his dealings with wealthy Russian figures, relationships that garnered interest in light of an ongoing Special Counsel-led investigation into Russian meddling in the 2016 election.

Donald Trump has publicly discussed his business dealings with the Saudis, as the Associated Press on 12 October 2018 reported:

He’s booked hotel rooms and meeting spaces to them, sold an entire floor in one of his buildings to them and, in desperate moments in his career, gotten a billionaire from the country to buy his yacht and New York’s Plaza Hotel overlooking Central Park.

Trump’s ties to Saudi Arabia run long and deep, and he’s often boasted about his business ties with the kingdom.

“I love the Saudis,” Trump said when announcing his presidential run at Trump Tower in 2015. “Many are in this building.”

And although President Trump has, on the other hand, denied financial links to Russia, the McClatchyDC news agency reported that:

Buyers connected to Russia or former Soviet republics made 86 all-cash sales — totaling nearly $109 million — at 10 Trump-branded properties in South Florida and New York City, according to a new analysis shared with McClatchy. Many of them made purchases using shell companies designed to obscure their identities.

“The size and scope of these cash purchases are deeply troubling as they can often signal money laundering activity,” said Rep. Adam Schiff of California, the top Democrat on the House Intelligence Committee and a former federal prosecutor. “There have long been credible allegations of money laundering by the Trump Organization which, if true, would pose a real threat to the United States in the event that Russia were able to leverage evidence of illicit financial transactions against the president.”

There’s nothing illegal about accepting cash for real estate. But transactions that do not involve mortgages — which account for one in four residential purchases in the country — raise red flags for law enforcement officials as it could be a way to commit fraud or launder money.

Trump repeatedly denied any collusion between his campaign and the Russian government, as an investigation by a team led by U.S. Department of Justice Special Counsel Robert Mueller was ongoing.

Jamal Khashoggi, a Saudi national and permanent U.S. resident with two American citizen children, was assassinated on 2 October 2018 inside the Saudi Arabian consulate in Istanbul, Turkey.

Despite calls to hold the Saudi government accountable, President Trump has attempted to shield the crown prince from accountability, raising speculation about how his own personal business interests might be influencing his actions:

“The Saudis are funneling money to him,” said former federal ethics chief Walter Shaub, who is advising a watchdog group suing Trump for foreign government ties to his business. That undermines “confidence that he’s going to do the right thing when it comes to Khashoggi.”

The same day that President Trump’s White House statement was released, the top Republican and Democratic lawmakers on the Senate Foreign Relations Committee, Sen. Bob Corker (R-Tennessee) and Sen. Bob Menendez (D-New Jersey), sent a letter to the White House, triggering an investigation into whether bin Salman ordered the killing. The letter requested that the President make a determination on whether sanctions were in order in retaliation for the killing:

The Global Magnitsky Human Rights Accountability Act requires the President, upon receipt of a request from the Chairman and Ranking Member of the Senate Committee on Foreign Relations, to determine whether a foreign person is responsible for an extrajudicial killing, torture, or other gross violation of internationally recognized human rights against an individual exercising freedom of expression, and report to the Committee within 120 days with a determination and a decision on the imposition of sanctions on that foreign person or persons.

President Trump is also being sued by the attorneys general for Maryland and Washington, D.C., over accusations he violated the Constitution’s foreign and domestic emoluments clause, which as NPR reported, “bars federal officials from accepting gifts or rewards from foreign government officials” and “prohibits the president from accepting benefits from state governments.”