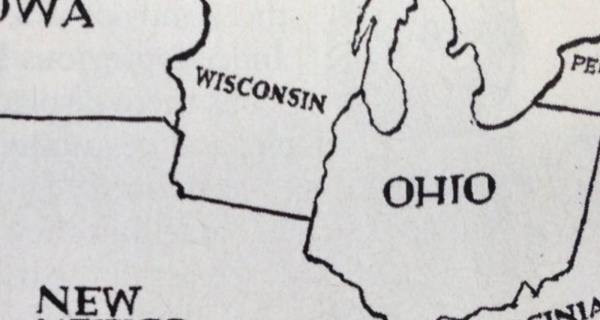 The 2018 midterms remade Congress for the next two years, but they also hinted at a changing electoral map for the next presidential race. Broad gaps in exit poll numbers combined with the results from the midterm elections suggest that the battleground states of 2020 may look a bit different than they did in 2016.

Three numbers jump out of the national House exit poll data: The Republican edge with white voters, the growing Democratic advantage with voters who hold a bachelor’s degree and the consistent Democratic lean among Hispanics.

Even in a year where Democrats picked up more than 35 seats in the House, Republicans still won white voters by a solid 10 percentage points.

But Democrats won college-educated voters by an even more substantial 20 points (continuing a trend that’s been underway for some years). And Hispanic/Latino voters went to Democrats by a massive 40 points, an even bigger edge than the party usually has with that group of voters.

Those are big numbers, but they can seem abstract until you combine them with geography. Consider the results this past election out of Ohio, a state Donald Trump won by 8 points in 2016.

Ohio had two Republican-held competitive House seats in 2018 — one “tossup” and one “lean Republican” according to the Cook Political Report — and both wound up going for the Republican candidate fairly comfortably. And in the state’s gubernatorial race, an open seat to replace Republican John Kasich, the GOP’s Mike DeWine won in a race that, again, was forecasted as a tossup.

Considering the Democratic pickups this year, those results stand out. But they make more sense when you look at the state’s demographic picture.

In short, on the factors that mattered in the exit polls, Ohio looks Republican. So much so, that the perpetual battleground seems less and less likely to be in play in 2020.

But Democrats also have some good 2020 news out of the midterm results. Look at Colorado, a state that Democrat Hillary Clinton won by 5 points in 2016.

This year there was one competitive Republican House seat in the state — the seemingly always-endangered Mike Coffman — and the Democrat beat the GOP incumbent by 11 points. In the governor’s race, Democrat Jared Polis walked to a victory, carrying the state by 10 points in an open race to replace outgoing Democrat John Hickenlooper.

And when you look at the demographic picture you can see why.

When you add those numbers to this year’s midterm results, Colorado looks less and less like a swing state. It appears to have swung pretty firmly toward the Democrats – at least with the direction the parties are currently moving.

If Ohio and Colorado are coming off the board of battleground states, are there any states that look like they may be sliding in to take their place?

The numbers suggest Georgia and Arizona might be coming onto the board. Both are below the national average for white, non-Hispanic population, less than 55 percent. Both are just under the national average for the population with a bachelor’s degree. And both had very close statewide races this year – Senate in Arizona and gubernatorial in Georgia.

Those points suggest a few campaign dollars will be spent in those states in the next presidential race.

Taken together all the shuffling around the question of what is and what isn’t a battleground state is just more evidence that this past election wasn’t a wave as much as it was the continuation of a political realignment. The 2020 election may still be 720 days away, but our understanding of politics and the political landscape is changing.