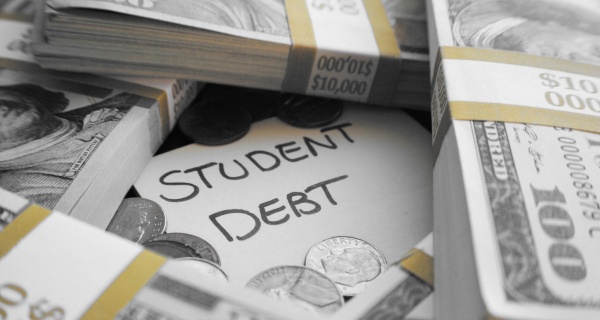 The total debt shouldered by Americans has hit another record high, rising to $13.5 trillion in the last quarter, while an unusual jump in student-loan delinquencies could provide another signal that the nation's economic expansion is growing old.

Flows of student debt into serious delinquency — of 90 or more days — rose to 9.1 percent in the third quarter from 8.6 percent in the previous quarter, according to data from the Federal Reserve Bank of New York.

It was a reversal after a period of improvement for student debt, which totaled $1.4 trillion. Such delinquency flows have been rising on auto debt since 2012 and on credit card debt since last year, which could raise a red flag for economists.

The world's largest economy has grown well above potential this year on the back of strong consumer spending and the lowest unemployment rate since the 1960s. If growth continues for another year it will be the longest ever.

Total household debt, driven by a $9.1 trillion in mortgages, is now $837 billion higher than its previous peak in 2008, just as the last recession took hold. Such debt has risen steadily for more than four years and sits more than 21 percent above a trough in 2013.

The $219 billion rise in total debt in the quarter ended September 30 was the biggest jump since 2016.