Majority Of Americans Believe Trump Should Not Be Reelected 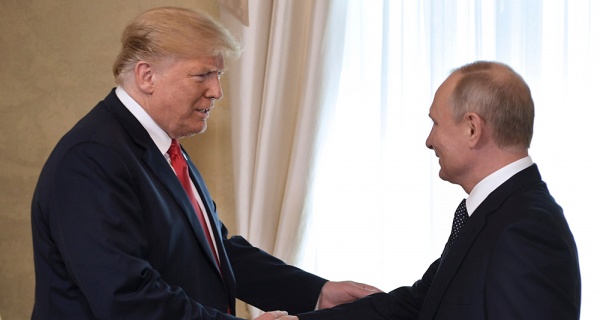 Only 36 percent of Americans believe President Trump should be reelected, according to a new Monmouth University poll released Wednesday.

With the dust settling on the 2018 midterms and Democrats already beginning to telegraph their presidential plans, 59 percent of Americans want to see someone other than Trump elected in the 2020 presidential race, the poll shows.

Unsurprisingly, the vast majority of Democrats want Trump to lose his reelection. But 59 percent of independents and 16 percent of Republicans also believe Trump shouldn't get another term in the Oval office.

“It’s interesting that the number of Americans who feel Trump deserves re-election is actually smaller than the number who give him a positive job rating. It seems that some Americans are okay with Trump as president now but feel that four years might be enough,” Patrick Murray, the director of the independent Monmouth University Polling Institute, said in a statement released with the poll.

While a majority of Americans want to turn the page on Trump after the next presidential election, there's no clear appetite for impeaching him before then.

But Americans do want the new Congress, which will include a Democratic House, to keep a watchful eye on Trump.

Fifty-two percent of Americans want "keeping President Trump in check" to be a major priority for Congress, a view that is also shared by 54 percent of Republicans and 58 percent of independents.

Within their own parties, a plurality of Democrats also don't want to see Pelosi as speaker, while a plurality of Republicans want McConnell to remain the party's leader in the Senate.