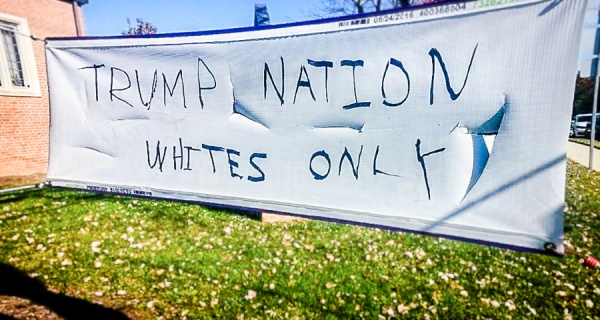 The FBI released new data this morning on hate crimes, and as the Washington Post reported, the United States saw a 17% increase last year, the third consecutive year in which the number of reported hate crimes grew.

Law enforcement agencies reported 7,175 hate crimes occurred in 2017, up from 6,121 in 2016. That increase was fueled in part by more police departments reporting hate crime data to the FBI, but overall there is still a large number of departments that report no hate crimes to the federal database.

The sharp increase in hate crimes in 2017 came even as overall violent crime in America fell slightly, by 0.2 percent, after increases in 2015 and 2016.

More than half of hate crimes, about 3 out of every 5, targeted a person’s race or ethnicity, while about 1 out of 5 targeted their religion.

The trajectory is especially discouraging. After the number of hate-crime incidents spiked in 2001 – the year of the 9/11 attacks – the United States saw a relatively steady decline in the annual totals, reaching a new low in 2014.

Data for 2018 won’t be available for several months.

I’ll defer to law-enforcement experts to explain why the dispiriting shift occurred, but the increase coincided with the launch of Donald Trump’s presidential campaign, which frequently relied on a racially divisive message.

This may be a coincidence, of course, but it’s hard not to wonder about the impact on the Republican’s rhetoric.