In A Major Blow To The GOP, Dems Win Big In Michigan 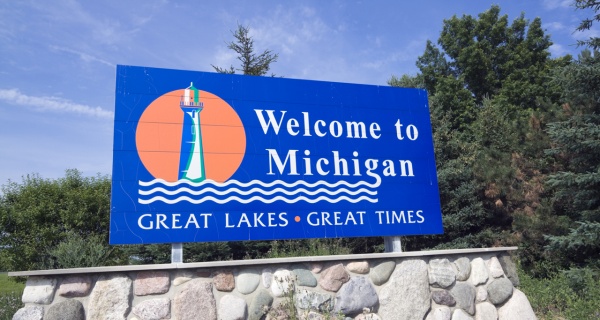 It’s not just last Tuesday’s Democratic sweep that has them worried. The ballot proposal to end gerrymandering in the state passed easily last week with more than 60 percent of the vote, and that could seal the GOP’s fate for decades to come.

That’s why business groups and the GOP fought the proposal’s appearance on the November ballot so fiercely.

Republicans fear that the end of traditional district drawing by lawmakers is their death knell. They have controlled the process for nearly 20 years, as the party in power following the 2000 and 2010 census. Most states allow their legislatures to create district maps, but now Michigan joins a handful of others, including California and Arizona, to try this new approach.

While supporters of the proposal claim the new process will strip politics from the process of drawing congressional and legislative districts, opponents don’t buy that.

“It does nothing to take politics out of this,” says Tony Daunt, executive director of the Michigan Freedom Fund, which fought Proposal 2. “It just shifts it into another area.”

In Michigan’s case, the Secretary of State’s office will now oversee redistricting — and the 13-member independent council tasked with creating the new districts. Newly elected Democrat Jocelyn Benson will head the department. She says she is ready to hit the ground running.

“I have a deep background in redistricting law and in particular citizen-led redistricting,” Benson told me in an interview last month. “I do believe that it is the most impactful way that you can remove the conflict of interest that currently exists in districting, where people are drawing their own districts and preserving their own power.”

That doesn’t make Republicans feel any better, considering Democrats are the force behind redistricting reform. Voters Not Politicians, the group that spearheaded the proposal in Michigan, may have started out as a grassroots campaign, but millions in outside money poured into the state — much of it coming from far-left advocacy groups and Democratic donors. Between July and October, Voters Not Politicians raised more than $13.8 million.

Eric Holder, former attorney general under President Barack Obama, led a national effort this year in Republican-controlled states to back similar measures that would strip redistricting from lawmakers — or at least ensure Democrats took control of legislatures and governorships ahead of the 2020 census. Michigan was one of 12 target states.

No wonder Republicans are concerned.

Conservatives in Michigan believe all this outside Democratic influence is a huge red flag, and that the end result of this redistricting could pave the way for Democrats gaining power and staying there. All of the progress Michigan has made could be thrown by the wayside if liberal tax-and-spend policies become the new normal.

Others say Republicans should chill out. Wayne State law professor Robert Sedler says there’s no doubt this will benefit Democrats, but that’s just because the contorted districts Republicans have drawn will no longer exist.