A Look At All The Uncalled House, Senate And Governor's Races 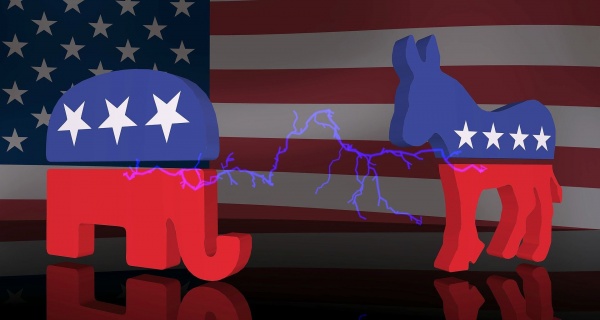 Days after this year's midterm election, a number of key contests remained undecided by midday Friday, sending both parties into overtime and to the courts as they try to influence the counting of outstanding ballots.

Critical Senate races in Florida and Arizona, Georgia's high-profile governor's race, and nearly a dozen House races remain too close to call, according to NBC News projections, while a Senate race in Mississippi is headed to a runoff election later this month.

Here are the remaining uncalled races as of Friday. This list will be updated.

Arizona Senate: Newly counted votes have given Democrat Rep. Kyrsten Sinema a narrow lead over Republican Rep. Martha McSally, who led on Election Night. The two are separated by fewer than 10,000 votes — just a half a percentage point — as a judge agreed to hear a GOP lawsuit to limit the vote in the state’s most populous counties. As many as 500,000 ballots remain uncounted and officials in Maricopa County, which includes Phoenix, said it could take most of next week to process outstanding ballots there.

Florida governor: Democrat Andrew Gillum conceded to Republican Ron DeSantis on election night, but his campaign stoked intrigue by releasing a statement about "counting every vote" — but not explicitly asking for a recount — after the margin tightened in this similarly close race.

Georgia governor: Republican Brian Kemp has abruptly resigned his position as secretary of state, declared victory, and begun his transition to become the state’s next governor, but Democrat Stacey Abrams has refused to concede as Kemp's margin continues to slip as more votes get counted. Abrams has little chance of overtaking Kemp outright, but is instead hoping his vote share drops below the critical 50 percent threshold — he is currently at 50.3 percent — which would trigger a runoff election on Dec. 4.

Mississippi Senate: Republican Sen. Cindy Hyde-Smith, who was appointed to fill a vacant seat in April, will face off against Democrat Mike Espy, Bill Clinton's former agriculture secretary, in a runoff election on Nov. 27. Mississippi requires candidates to win a majority of the vote, but no one did in the three-way race on election night, which also included insurgent Republican Chris McDaniel.

Meanwhile, 11 congressional races remain uncalled, including several in California, which takes especially long to count ballots because absentee ballots are accepted as long as they are postmarked by Election Day, so many may still be in the mail. Maine will get an early test of its ranked-choice voting system.

Here's a complete rundown as of Friday. This list will be updated.

California's 39th Congressional District: Republican Young Kim, one of the party’s most dynamic young recruits, has a healthy lead over Democrat Gil Cisneros, a lottery winner-turned-philanthropist, in the open-seat contest for a diverse Southern California district.

California’s 45th Congressional District: Republican Rep. Mimi Waters had appeared to prevail over law professor and Elizabeth Warren-protege Katie Porter, but the incumbent has been losing ground as more votes trickle in and many ballots remain uncounted.

California’s 49th Congressional District: This wealthy San Diego-area district saw the closest House race in the country in 2016, which took weeks to resolve. But Democrat Mike Levin enjoys a comfortable 7 percentage point lead over Republican Diane Harkey at the moment

Georgia’s 7th Congressional District: This race was not expected to be especially competitive, but Republican Rep. Rob Woodall is clinging to a narrow lead over Democrat Carolyn Bourdeaux, who has refused to concede the race.

Maine’s 2nd Congressional District: With neither candidate topping the 50 percent threshold, the fate of Republican Rep. Bruce Poliquin and Democratic challenger Jared Golden will now be determined by a count of voters' secondary preferences on the ranked-choice ballot. The wildcards here are two independent candidates, who together received almost 10 percent of the vote on election night. That share will now be redistributed to the two leading candidates.

North Carolina’s 9th Congressional District: Democratic challenger Dan McCready has conceded to Republican Rep. Mark Harris, but the margin is tight and NBC News has yet to call the race.

Utah’s 4th Congressional District: Democrat Ben McAdams has widened his lead over Republican Rep. Mia Love in this Salt Lake City district, but only slightly and it remains close.

Finally, Utahns are waiting to see if voters approved a ballot proposition to create an independent redistricting commission to draw the state's congressional lines after the 2020 census. Proposition 4 appears on track to be narrowly approved, but it remains too close to call.