Jane Fonda Compares Trump To Hitler And His Army 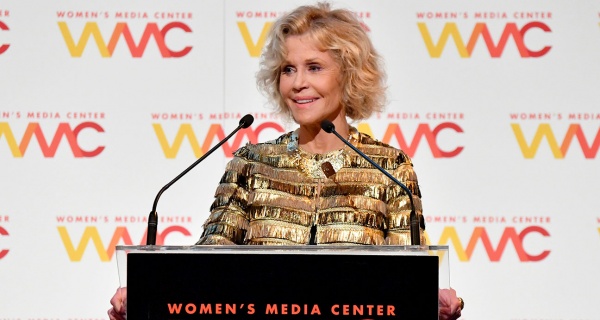 With just a few days left until midterm elections, Jane Fonda is making a final push to get out the vote. “It has never been more important. Our democracy is fragile and it’s under attack. Civility is under attack,” the Oscar winner told Variety on Thursday at the Women’s Media Center Awards in New York City. “We don’t have to take it anymore. Voting is the way to stop it. Everybody has to vote and I think they will.”

Fonda had choice words for President Donald Trump’s ongoing attack on the media. “If you have read anything about the rise of the Third Reich and Adolf Hitler you will see the parallels,” said Fonda, who founded WMC with Gloria Steinem. “Attacking the media is the first step and move toward fascism. The cornerstone of democracy is an independent, democratic media. And it’s under attack in a major way because bad guys are running it all. We have to make sure it doesn’t continue.”

Congresswoman Maxine Waters spoke as she accepted her new position on the Women’s Media Center’s Board of Directors, “Sitting in this room this evening with all of this talent, with all of these women young, middle age and mature I could not help but wonder why aren’t we leading this country?” she asked. “Why aren’t we holding the office of the president? It is about time.”

The room erupted in overwhelming applause as she continued, “And, I think it is happening. I am so inspired by what I am seeing. And I want you to know no matter what you may [have] thought or what you think about the millennials all you need to do is just stay woke. Stay woke because they are on it. And, they are going to make a significant difference in what happens not only in this midterm, but in 2020.”