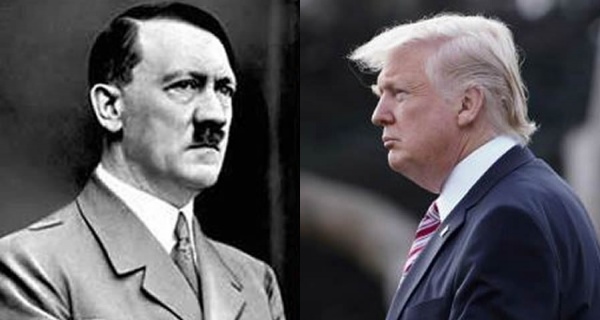 Donald Trump is losing control of the GOP’s message in the midterm elections, with less than one week before election day, MSNBC’s “Deadline: White House” explained on Wednesday.

“This is not the conversation Donald Trump wants the country to be having in the final days,” host Nicolle Wallace noted.

“No, because it’s not a campaign strategy on his part,” replied Trump Nation biographer Tim O’Brien.

“This is who Donald Trump is — he has been a bigot and a white nationalist for a long time,” he reported.

“This is a guy who kept a book of Hitler’s speeches on the nightstand by his bed,” he continued.

“This is a guy who, in tweets over the last week, has invoked Stalinist and Nazi rhetoric to criticized the media,” O’Brien continued. “He revels in it.”

“So it’s not just a short-term, you know, policy or political move by him to appeal to his base,” he explained. “He’s speaking from the heart and American voters are seeing him for who he is.”