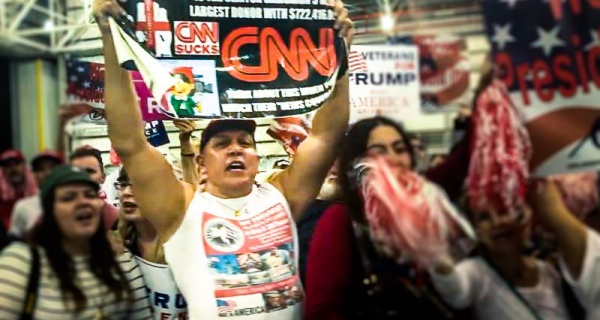 Cesar Sayoc, the man accused of sending mail bombs to liberal public figures, was caught on video attending a rally for Donald Trump after he became president.

On Sunday, Fox News guest Emily Jashinsky argued that CNN was to blame for hate against network because it had not made an effort to understand people like Sayoc.

“They had a device sent to their headquarters — whatever,” Jashinsky said. “When you see at rallies people chanting, ‘CNN sucks’ — I would never do it personally — but CNN makes no effort to understand why people feel that way. They do the opposite. Right? They act like they are the victims, that they’ve done nothing wrong to deserve this.”