Georgia's Secretary Of State, Who Is Running For Governor, Is Blocking 53k Voter Registrations 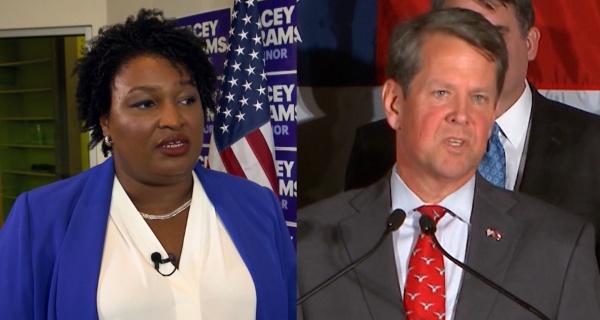 Marsha Appling-Nunez was showing the college students she teaches how to check online if they’re registered to vote when she made a troubling discovery. Despite being an active Georgia voter who had cast ballots in recent elections, she was no longer registered.

“I was kind of shocked,” said Appling-Nunez, who moved from one Atlanta suburb to another in May and believed she had successfully changed her address on the voter rolls.

“I’ve always voted. I try to not miss any elections, including local ones,” Appling-Nunez said.

She tried re-registering, but with about one month left before a November election that will decide a governor’s race and some competitive U.S. House races, Appling-Nunez’s application is one of over 53,000 sitting on hold with Georgia Secretary of State Brian Kemp’s office. And unlike Appling-Nunez, many people on that list — which is predominantly black, according to an analysis by The Associated Press — may not even know their voter registration has been held up.

Tuesday is Georgia’s deadline to register and be eligible to vote in the November General Election.

Kemp, who’s also the Republican candidate for governor, is in charge of elections and voter registration in Georgia.

His Democratic opponent, former state Rep. Stacey Abrams, and voting rights advocacy groups charge that Kemp is systematically using his office to suppress votes and tilt the election, and that his policies disproportionately affect black and minority voters.

But through a process that Kemp calls voter roll maintenance and his opponents call voter roll purges, Kemp’s office has cancelled over 1.4 million voter registrations since 2012. Nearly 670,000 registrations were cancelled in 2017 alone.

In a recent television appearance on Comedy Central’s “The Daily Show With Trevor Noah” Abrams called Kemp “a remarkable architect of voter suppression.” That’s become a rallying cry for Democrats in the governor’s race, which recent public polling shows in a statistical dead heat.

His campaign spokesman Ryan Mahoney said in a statement that because of Kemp, “it has never been easier to vote in our state” and pointed to a new online voter registration system and a student engagement program implemented under his tenure.

“Kemp is fighting to protect the integrity of our elections and ensure that only legal citizens cast a ballot,” Mahoney said.

According to records obtained from Kemp’s office through a public records request, Appling-Nunez’s application —like many of the 53,000 registrations on hold with Kemp’s office — was flagged because it ran afoul of the state’s “exact match” verification process.

An application could be held because of an entry error or a dropped hyphen in a last name, for example.

Appling-Nunez says she never saw any notice from Kemp’s office indicating a problem with her application.

An analysis of the records obtained by The Associated Press reveals racial disparity in the process. Georgia’s population is approximately 32 percent black, according to the U.S. Census, but the list of voter registrations on hold with Kemp’s office is nearly 70 percent black.

Kemp’s office blamed that disparity on the New Georgia Project, a voter registration group founded by Abrams in 2013.

Kemp accuses the organization of being sloppy in registering voters, and says they submitted inadequate forms for a batch of applicants that was predominantly black. His office has said the New Georgia Project used primarily paper forms and “did not adequately train canvassers to ensure legible, complete forms ….”

His office says “the law applies equally across all demographics,” but these numbers became skewed by “the higher usage of one method of registration among one particular demographic group.”

Voters whose applications are frozen in “pending” status have 26 months to fix any issues before their application is canceled, and can still cast a provisional ballot.

But critics say the system has a high error rate and decry the racial disparity that it produces.

“We’ve shown that this process disproportionately prevents minority applicants from getting on the voter registration rolls,” Julie Houk, special counsel for the Washington based Lawyers’ Committee for Civil Rights Under Law, said in an interview. With that in mind, she called it “kind of astounding” that Georgia legislators wrote it into state law in 2017.

Kemp’s aggressive maintenance of the voter list has also garnered the threat of legal action.

His office says that they simply “conduct regular list maintenance of the voter rolls to ensure election integrity” as required by federal and state law. “All of the affected records were inactive as a result of returned mail, National Change of Address, and ‘no contact’ list maintenance procedures,” it said.

Kemp dismissed and derided the legal threat targeting the “exact match” policy, issuing a statement saying that with Election Day coming up, “it’s high time for another frivolous lawsuit from liberal activist groups.”

His office said that since January 2014, elections officials have processed over 6.4 million voter registrations and less than 1 percent remain in pending status.

State Rep. Barry Fleming, who authored the state law enabling “exact match,” said in a statement that it’s authorized under federal law, and courts have upheld a similar law in Florida.

But Appling-Nunez said it’s important for every Georgian’s vote, including hers, to be counted in November.

“If you don’t like what’s happening you either have to vote to change it or get out there and change it yourself,” she said. “A life of politics is not for me so I have to support those who are fighting the good fight.”