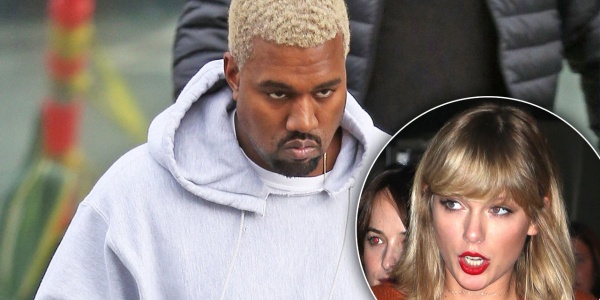 The White House confirmed that West, a surprisingly ardent Trump supporter and proud MAGA-hat wearer, will meet with Trump and his aide Jared Kushner on Thursday to discuss topics like manufacturing, prison reform, and reducing violence in Chicago, where West was raised. Kushner, of course, has a Swift connection, too: His younger brother, Joshua, is engaged to Swift’s close friend Karlie Kloss.

On Sunday, Swift endorsed Democrat and former Gov. Phil Bredesen in the Tennessee Senate race, slamming his Republican opponent Marsha Blackburn as a woman with a voting record that “appalls and terrifies me.” It was a huge statement from Swift, who's been mostly apolitical her whole adult life, though she has been vocal about her support for LGBTQ rights, the #MeToo movement and gun control since the release of her “Reputation” album. But on Sunday, she addressed the candidates directly.

“I cannot vote for someone who will not be willing to fight for dignity for ALL Americans, no matter their skin color, gender or who they love,” Swift wrote in a lengthy Instagram caption explaining why she cannot support Blackburn.

Swift hasn’t released any public comment since her Instagram post, although she took to her oft-preferred platform for fan interactions, Tumblr, to “like” dozens of posts praising her political entrance. She’s expected to perform “I Did Something Bad,” a song on “Reputation,” Tuesday night at the American Music Awards.

Trump, who has labeled Kanye “very cool,” told reporters on Monday that he likes “Taylor’s music about 25 percent less now.” That’s not the only measurable reaction that came from Swift’s Instagram post, which urged millions of fans to register to vote: Vote.org saw a massive spike in registration — about 65,000 people in a 24-hour period — according to BuzzFeed.