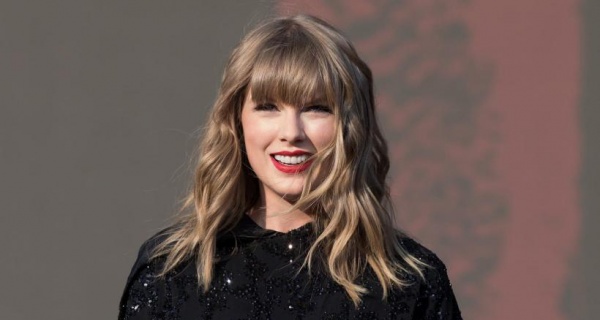 Members of the so-called alt-right are calling Taylor Swift a "traitor" after she broke her usual political silence to endorse two Democrats running in her home state of Tennessee.

Users on 4chan, the online message board popular with the white supremacists and white nationalists who make up the alt-right, had long used Swift's silence about politics to push a baseless theory that she was secretly a white supremacist, hailing the blond-haired, blue-eyed pop star as "the Aryan princess."

But in a Sunday-night Instagram post, Swift said she was spurred to speak out in opposition to the Republican congresswoman Marsha Blackburn, who represents Tennessee's 7th District in the US House, saying Blackburn's voting record "appalls and terrifies me."

Blackburn is running for the US Senate seat held by the retiring Sen. Bob Corker. She is facing Phil Bredesen, the Democratic former Tennessee governor.

Swift on Sunday endorsed Bredesen along with Rep. Jim Cooper, the Democrat who represents Tennessee's 5th District, which includes Nashville. She also spoke out in favor of LGBT rights, gender and racial equality, and equal pay for men and women.

In response, various 4chan users derided Swift, many using explicit language including homophobic and racial slurs, and at times called for violence against her.

One wrote that Swift was "pro- f-- and anti-racist" — using a derogatory word for gay people — "so she must be executed."

Another wrote: "What a traitor b----. the trump curse will take her now."

Multiple threads on the website containing hundreds of responses discussed the subject.

In her Sunday post, Swift acknowledged her hesitancy to discuss politics.

"In the past I've been reluctant to publicly voice my political opinions, but due to several events in my life and in the world in the past two years, I feel very differently about that now," she wrote.

Swift's political silence bizarrely led to her becoming a symbol for the white-supremacist movement even though she never publicly endorsed its values.

Last year, Swift threatened to sue a blogger who, when criticizing her silence on political issues in 2017, accused her of enabling a white supremacist fan base to exist around her.

The theory spread to more mainstream platforms, with one parody account on Pinterest falsely attributing quotes by Hitler to Swift.

The far-right provocateur Milo Yiannopoulos wrote for the far-right news site Breitbart in 2016 that Swift had a sizable fan club among those identifying themselves in the alt-right movement, as she is "very white and very blonde" and "isn't very forthcoming about her political or religious views."

He said that the association was a joke for some but that many took it seriously. "Like the alt-right itself," he said, "the far-right internet's love affair with this pop star is predominantly sincere but with a heady whiff of satire and troublemaking."

At the same time, Swift's rare political statements have long skewed liberal. In March, she endorsed the March for Our Lives, a national movement calling for increased gun control.

I’m writing this post about the upcoming midterm elections on November 6th, in which I’ll be voting in the state of Tennessee. In the past I’ve been reluctant to publicly voice my political opinions, but due to several events in my life and in the world in the past two years, I feel very differently about that now. I always have and always will cast my vote based on which candidate will protect and fight for the human rights I believe we all deserve in this country. I believe in the fight for LGBTQ rights, and that any form of discrimination based on sexual orientation or gender is WRONG. I believe that the systemic racism we still see in this country towards people of color is terrifying, sickening and prevalent.

I cannot vote for someone who will not be willing to fight for dignity for ALL Americans, no matter their skin color, gender or who they love. Running for Senate in the state of Tennessee is a woman named Marsha Blackburn. As much as I have in the past and would like to continue voting for women in office, I cannot support Marsha Blackburn. Her voting record in Congress appalls and terrifies me. She voted against equal pay for women. She voted against the Reauthorization of the Violence Against Women Act, which attempts to protect women from domestic violence, stalking, and date rape. She believes businesses have a right to refuse service to gay couples. She also believes they should not have the right to marry. These are not MY Tennessee values. I will be voting for Phil Bredesen for Senate and Jim Cooper for House of Representatives. Please, please educate yourself on the candidates running in your state and vote based on who most closely represents your values. For a lot of us, we may never find a candidate or party with whom we agree 100% on every issue, but we have to vote anyway.

So many intelligent, thoughtful, self-possessed people have turned 18 in the past two years and now have the right and privilege to make their vote count. But first you need to register, which is quick and easy to do. October 9th is the LAST DAY to register to vote in the state of TN. Go to vote.org and you can find all the info. Happy Voting! ????????????