Chris Christie Talks From The Gut About His Relationship With Trump 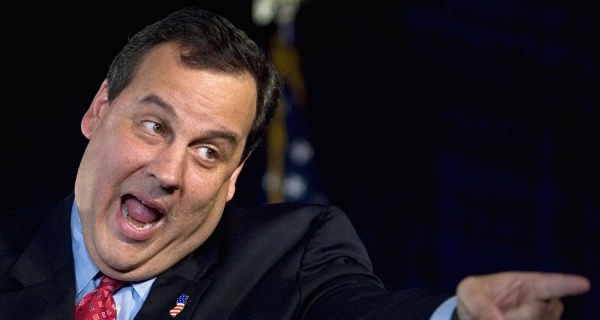 Chris Christie, 56, is the former governor of New Jersey and was a Republican candidate for president in the 2016 primary elections.

Corey Lewandowski recently said that President Trump got off to sort of a rough start because you were removed from the transition team. What problems early on do you think you could have prevented if you had stayed in that role?

I probably could have prevented 75 percent of them, at least. Because so many of them were personnel-driven. And we had set up a really intricate vetting process. And we had an entire schedule for the transition period for announcing Cabinet choices, themes for every week. And we also had a Day One plan, a 100-day plan and a 200-day plan for the president that had been devised not just by me but an incredible group of people who were almost all there as volunteers. It was a 30-volume transition guide that was all thrown away by Steve Bannon and Rick Dearborn. And I think the president’s administration has never recovered, and I don’t think will ever recover, from having wasted that time.

Are you angry about that?

I’m not angry. I’m really sad for the president and for the country.

What mistakes has the president made in his first 20 months?

I’ve said over and over that I think he’s been horribly served by the people who are around him. Now, he takes part of the responsibility for that because he made those choices. I do think that for someone who’s never been in government before, that he would have been much better served by a different group of people around him. And that a lot of those people are frankly worried more about serving themselves than they are about serving the president and the country.

Who is still there that is serving him the worst?

You were offered Cabinet positions and declined. Why did you do that?

I wasn’t interested in the job. I got offered secretary of labor and secretary of homeland security, and neither job was interesting enough to me to leave the governorship and to leave my family, because my family would not have come to Washington with me. We have two children in high school, and my wife made really clear, and I agreed with her, that it was irresponsible to move the children while they were in high school. So neither job was interesting enough for me to go and live in Washington by myself.

But the kids would have a chance to live in the greatest city in the country.

[Laughs.] They wouldn’t have viewed it that way, I can guarantee you.

Do you think the president wishes he had offered you the attorney general position?

I don’t know. You’d have to ask the president that.

I don’t think he’d take my call. Would you take the position if it became available?

I don’t know. I don’t speculate about those things. I think there is too much speculation out there about stuff that goes on in this administration. I think it’s enough to say that I speak to the president regularly; we’ve been friends for 16 years, and I’m willing to help him in any way where I think I can contribute skills and experiences that I’ve developed over my career to make his administration better and make the country better. But it’s got to be something that I really want to do. I’m not looking for another title. I have plenty of titles. I don’t need another one.

My general feeling is that reporters should be banned from asking politicians if they are going to run for president. But would you run in 2020 if President Trump decided not to?

I don’t know. I can’t imagine President Trump not running for reelection. Knowing him as well as I do, I couldn’t imagine him not running, so it’s not something I’ve given a whole heck of a lot of thought to.

In 2016 and even since then, the president often ridicules and humiliates members even of his own party. And yet a lot of them don’t fight back, and they continue to support him. Why is that?

First of all, I don’t think that most people react to presidents of their own party saying anything negative about them, because he is the president and there’s a certain measure of deference and recognition of power and authority that go along with that. But I think the second thing, in knowing him as well as I do, is this is a guy from Queens who spent a lot time in his life in Queens and later in Manhattan on construction sites who was just used to talking that way and not having anybody take it personally. And I think every person brings to a new job the management style and approach they had in their old one — especially if they thought they were successful at their old one. And so it doesn’t surprise me much that this is who he is. And when you get to know him well, you learn to let that stuff roll off your back. Because he says it, but does he really mean it? Or is he just trying to make a point ? I’ve learned over the years that a lot of the stuff that the president has said to me that some people could construe as insulting in nature, and sometimes I’ve even felt was insulting in nature, it’s temporary. And you’re better served to let that roll off your back.

I just sort of feel that if someone said to me, “Your wife is ugly and your dad is a crook,” I’m going to respond to it.

Well, listen, there are all different ways to respond to it. I’ve often found the better way to do that is in private, not public. I think it’s much more intimidating to do it in private than it is to do it in public. In public you can say whatever you want to say, and you aren’t really held accountable for it. But when you’re staring somebody in the eye, face to face, and you respond, to me that’s a lot more imposing and a lot more meaningful. And so if there’s ever a time that someone says something to me publicly or privately that I think it is really insulting, I’ll speak with them privately about it, and I think they’ll get my point.

Is the president out of line to call the media the enemy of the people?

I disagree with the president on that. I don’t believe the press is the enemy of people, and I don’t think that it’s helpful at all to have that kind of commentary. And listen, you’ve seen me perform in public. And when I think the press asks a stupid question, I say that’s a stupid question. You guys are testing us, and we’re going to test you back. Look, I don’t believe there shouldn’t be tension between us. I mean, it’s just the nature of the business. There are times when I think the press is out of line, and there are times when I think public officials are out of line. And we should call those instances out, but not generalize it.

What do you make of the reports in Bob Woodward’s book and the anonymous op-ed in the New York Times about people in the White House who say they are coordinating efforts to contain the president’s action and what they see as his dangerous impulses?

Well, I’ve heard this before. I’ve heard other people who have been in the White House who said they were doing that. So it’s not really news to me. You know, there are lots of people who wind up getting in those jobs who think they are smarter and more important than the president. And most of the time they’re not. I think it’s really questionable for the New York Times to even print something that is anonymous. Secondly, though, and I think much more importantly, I think if you truly feel that way, and let’s say you are in a senior position, a Senate-confirmed position, I think you have an obligation to do one of two things: If you feel that strongly, stand up, resign and go public with these concerns. Or shut up. You know. I don’t think there should be a door number three, which is, “I’ll hide behind anonymity in one of the nation’s largest newspapers and take my shot but not take any responsibility for it and not have the ability to have my opinions critiqued.”

What do you think the midterms will tell us about the country’s mood?

Midterms usually tend to be angry elections, right? Midterms are the elections that are governed by those who are most motivated. And usually in the midterms what motivates you is not hope, it’s anger. And I think that’s why, generally, it’s been negative for the party of the incumbent president because when you’re the person in charge, that’s usually who people are angry with. So who really is most motivated come Election Day? Will it be the party out of power, and will it follow the traditional role or will all the negativity towards the president wind up energizing his base enough for them to salvage the House. I think that’s really what we have to watch for. What’s the energy on the Republican side based upon their anger at the way they perceive the president is being treated? So think it’s going to be very interesting to watch.