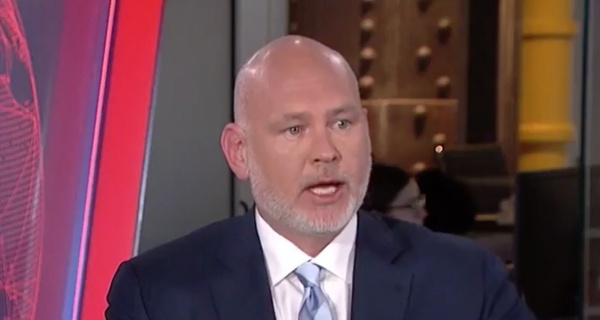 Date Posted: Friday, September 28th, 2018
Steve Schmidt, the former adviser and strategist on former Sen. John McCain's (R-Ariz.) 2008 presidential campaign, blasted Sen. Lindsey Graham (R-S.C.) on Thursday night, saying he has become “corrupted by ambition.”
Schmidt, a frequent critic of President Trump, publicly denounced the Republican Party in June and said he will begin voting for Democrats.
His broadside against Graham came a day after the senator ripped into Democrats for their handling of the Supreme Court nominee Brett Kavanaugh's confirmation.
“He’s corrupted by ambition, corrupted by politics,” Schmidt told MSNBC's Brian Williams in an interview. "And it’s tragic because this country could use a statesman right now and Lindsey Graham, for a long time, was on a path that he would be that person. That he would be a figure of courage. That he would be a serious person in a frivolous era."
“And to see him corrupted by Trump era, to see him becoming sycophantic, to see him become dishonest and angry and smearing, is just tragic,” he continued.
Schmidt said Graham was no longer the man he knew while working within the Republican Party.
“If you hang around politics long enough, you tend to get disappointed by people,” Schmidt said. “And he is a profound disappointment.”
Graham's denouncement of Democrats came on a day of gripping testimony, first by Christine Blasey Ford, who has accused Kavanaugh of sexual assault, and then Kavanaugh himself.
In one of the day's most talked-about moments, Graham turned on the anger and lashed out at Democrats.
"What you want to do is destroy this guy’s life, hold this seat open and hope you win in 2020. You’ve said that, not me,” Graham yelled, his face turning red.
“You’ve got nothing to apologize for,” he said, turning to Kavanaugh. “When you see [Supreme Court Justices Sonia] Sotomayor and [Elena] Kagan, tell them that Lindsey said hello, ‘cause I voted for them."
He called the hearings on the sexual assault allegations the most “despicable thing” he’s seen in his time of politics.
“Boy, you all want power, God, I hope you never get it,” he said to Democrats. “I hope the American people can see through this sham."