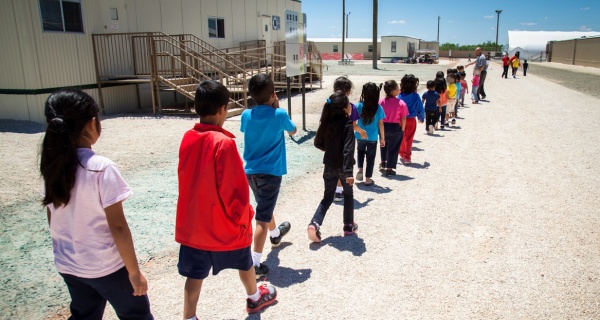 The U.S. government can not provide the whereabouts of nearly 1,500 children who entered the U.S. alone this year, according to the New York Times. These are not the 1,475 children who were separated from their families at the border by ICE and subsequently lost. No, this is an entirely new group of immigrant children that our government has somehow misplaced.

Senate investigators said the department could not determine with certainty the whereabouts of 1,488 out of 11,254 children the agency had placed with sponsors in 2018, based on follow-up calls from April 1 to June 30.

The inability to track the whereabouts of migrant children after they have been released to sponsors has raised concerns that they could end up with human traffickers or be used as laborers by people posing as relatives.

The Department of Health and Human Services says they aren’t legally responsible for children who are placed with sponsors after entering the country. Caitlin Oakley, a representative for the department, disagrees with Congress’ interpretation of the data.

Senators from both parties have introduced legislation today that attempts to set down solid guidelines outlining the government’s responsibility to unaccompanied minors:

The legislation would require officials at the Department of Health and Human Services to run background checks before placing children with sponsors. It also would compel the department to make sure that sponsors provide proper care for the children in their custody, including making sure they appear at their immigration court hearings.

Additionally, the legislation would require department officials to notify state governments before migrant children are placed with sponsors in those states. And it would increase the number of immigration court judges to help the Justice Department process cases more efficiently.

“Children who risk their lives to make a dangerous journey in pursuit of asylum shouldn’t then have to worry about falling victim to human trafficking or being handed over to abusive or neglectful adults in the United States,” said Sen. Richard Blumenthal, one of the bill’s sponsors.

But lawmakers attempting to help these children may do more harm than good. More careful vetting of sponsors won’t necessarily keep migrant children safe. Trump’s new requirement that everyone in a household is fingerprinted before placing a child with them has deterred many families from becoming sponsors, as undocumented household members may fear being tracked by authorities. This has increased the length of time that children spend in detainment, which has been shown to cause lasting trauma.