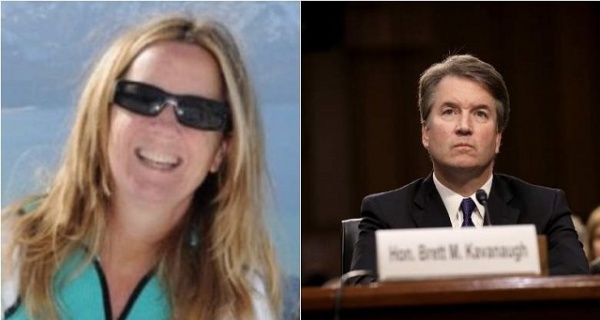 A California woman named Christine Blasey Ford has come forward to describe an alleged sexual assault at the hands of Supreme Court nominee Brett Kavanaugh when both were teenagers. Ford’s story appeared in a widely-read Washington Post article. The alleged assault had previously been the subject of an anonymous letter circulating among California politicians on Capitol Hill. Kavanaugh, President Trump’s latest SCOTUS pick, has “categorically and unequivocally” denied wrongdoing. Both Ford and Kavanaugh said on Monday morning that they are willing to testify publicly about the allegations. The Senate Judiciary Committee is scheduled to vote on Kavanaugh’s nomination this Thursday.

Here’s what you need to know about the situation:

Dr. Christine Blasey Ford is a 51-year-old professor of clinical psychology in Palo Alto, California. She tells the Post she decided to come forward because “my civic responsibility is outweighing my anguish and terror about retaliation.”

As described by Ford to the Post, the alleged assault began in a suburban Maryland home in the early 1980s when both she and Kavanaugh were teenagers. She alleges that Kavanaugh and a friend — both “stumbling drunk” — pushed her into a bedroom and onto a bed, where rock music was playing with the volume turned way up. The Post’s description follows:

“While his friend watched, she said, Kavanaugh pinned her to a bed on her back and groped her over her clothes, grinding his body against hers and clumsily attempting to pull off her one-piece bathing suit and the clothing she wore over it. When she tried to scream, she said, he put his hand over her mouth.”

Ford told the Post that both boys were laughing “maniacally” during the alleged assault and that she feared that Kavanaugh “might inadvertently kill me.” It ended when the drunken friend pounced on Kavanaugh and her, which sent them tumbling, allowing her to escape and lock herself in a bathroom.

According to the Post, Ford passed a lie-detector test administered by a “former FBI agent” in August at the advice of her lawyer, Debra Katz: “The results, which Katz provided to the Post, concluded that Ford was being truthful when she said a statement summarizing her allegations was accurate.”

Ford also produced notes from a 2012 couple’s therapy session as corroboration of her account: “The therapist’s notes, portions of which were provided by Ford and reviewed by The Washington Post, do not mention Kavanaugh’s name but say she reported that she was attacked by students ‘from an elitist boys’ school’ who went on to become ‘highly respected and high-ranking members of society in Washington.’”

Ford blames a discrepancy in the number of alleged attackers — four mentioned in the therapist’s notes instead of two — on a misunderstanding by the therapist. Her husband said he was present for the therapy session and even recalled to the Post that Ford named Kavanaugh at the time. In notes from an individual therapy session a year later, according to the Post, Ford is described as being treated for the lingering effects of a “rape attempt” when she was a teenager.

In a statement to the Post, Kavanaugh said: “I categorically and unequivocally deny this allegation. I did not do this back in high school or at any time.”

On Monday morning, Kavanaugh released a second statement: “This is a completely false allegation. I have never done anything like what the accuser describes — to her or to anyone. Because this never happened, I had no idea who was making this accusation until she identified herself yesterday.”