This Journalist Delivers A Revealing Message To Young Trump Supporters 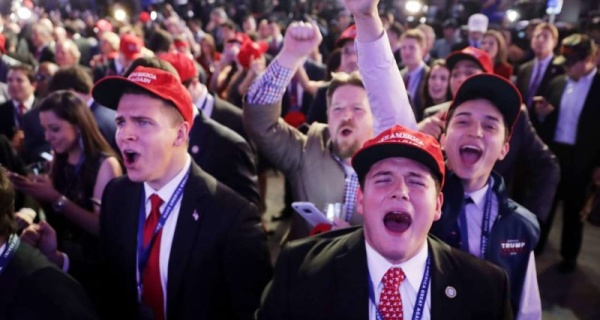 Editor's note: Longtime journalist (and former Memphis magazine editor) Ed Weathers posted the essay below on his Facebook page. We thought it well worth sharing.

The following is a screed that's way-way-way too long for my Facebook page. For nearly all my friends, it will amount to preaching to the choir. On the other hand, the people who need to read it aren't my friends on Facebook, so they won't read it, either. In other words, what I write here will serve no useful purpose other than to let me vent. So here I go, spitting in the wind. ...

Recently some younger Trump supporters I know — folks in their 20s and 30s — have expressed disdain toward fast-food workers who are asking for higher wages. They claim that such low-skilled jobs don't deserve higher wages and that a higher minimum wage for them would just devalue the work of more skilled folks like themselves — first responders, welders, mechanics, construction workers, and the like.

These young Trump folks also resent anyone on welfare and, of course, most immigrants. They see all these folks as somehow damaging their own economic prospects or undermining their own small economic successes.

Their attitude infuriates me and discourages me. Here's what I have to say to them:

If you're a Trump supporter struggling to keep up with your rent, pay for your medicine, feed your kids, and maybe buy a small pick-up truck on long-term credit, then there's a good chance you're directing your anger, resentment, and disdain at exactly the wrong people.

You have bought into myths designed to protect the rich and feed their greed. You have been duped.

It's not poor immigrants or the folks on welfare or the fast-food workers asking to raise the minimum wage who are keeping you down. No, your enemy is the Wall Street broker and the oil tycoon and the $40 million-a-year CEO who are sponging up the wealth before it ever trickles down to you. Your enemies are folks like the Koch brothers, Sheldon Adelson, the DuPonts, and the politicians they have in their pockets.

The super-rich want you to direct your resentments down the economic ladder at others, like yourselves, who are simply trying to get through the month without going hungry. They want to distract you from looking up the economic ladder at those who are exploiting the labor of folks just like you in order to pad their penthouses with more gold-plated trappings.

Many of the super-rich and their enablers (Republicans mostly but not exclusively, and Fox News) want you to think that if they make millions or billions of dollars, it's because they are smarter or work harder or are more God-blessed than the rest of us.

I've spent time with the super-rich: They don't work as hard as you do, and the only smarts they have is the sophistication to work a rigged system. Most of them have simply been lucky — no better than the guy who made a gazillion dollars from Beanie Babies. As for how God feels about the very rich, I refer you to the New Testament.

No, the job creators are folks like you, who spend your whole income to buy the things you need and thereby keep every useful business in the country running. In fact, the super-rich are what they have always been: not job creators, but money manipulators and labor exploiters.

Yes, my young Trump-loving friends, you are being duped. When you look down at the fast-food server or the welfare mother or the immigrant farm worker, you're looking where the super-rich want you to look — in exactly the wrong direction.

When you start looking up, so will our democracy.

A former editor of Memphis magazine, Ed Weathers is now retired and lives in Blacksburg, Virginia.