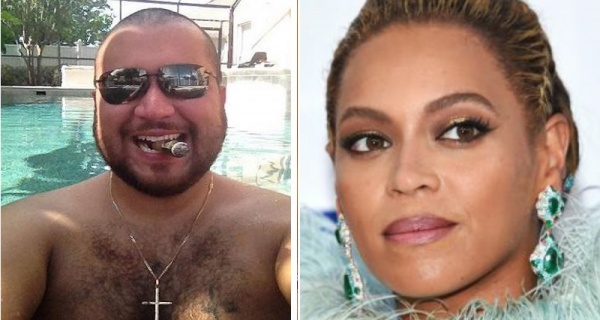 George Zimmerman, killer of unarmed black teenager Trayvon Martin and cause célèbre of conservative pundits, has similar plans for Beyoncé and Jay Z, who produced a documentary about Martin's short life. The threats were made over the phone in a recorded medium, reports The Blast.

In a series of text messages obtained The Blast, Zimmerman called Beyoncé a “broke whore” and promised she and Jay would “find themselves inside a 13 foot gator.” We’re told the messages were sent when Zimmerman was contacted by Dennis Warren, a private investigator who tracked down potential participants for the series. Warren found himself on the receiving end of hundreds of harassing messages and voicemails from the man acquitted in the shooting death of 17-year-old Trayvon Martin.

Zimmerman doesn't just illustrate his right-wing supporters' values but acts as their media id. He's going to explode sooner or later—just as he did once before.