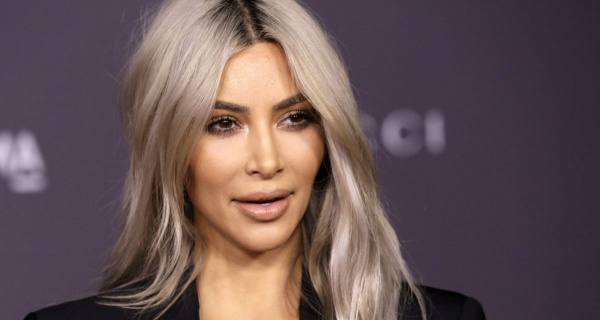 Kim Kardashian has revealed she is working with the White House to free another convicted felon.

In June, the superstar celebrated freeing Alice Johnson, a 63-year-old from Tennessee who was sentenced to life in prison in 1996 on non-violent drug charges.

The reality star has now revealed she will fight the cause of Chris Young, a 30-year-old drug dealer who is serving life at a federal prison in Lexington, Kentucky.

According to a preview by Page Six, she says: 'Yesterday, I had a call with a gentleman that's in prison for a drug case - got life. It's so unfair. He's 30 years old. He's been in for almost 10 years.'

'I was on the phone with the judge that sentenced him to life, who resigned because he had never been on the side of having to do something so unfair, and now he is fighting [alongside] us to get [Young] out.'

Young has been in jail since he was arrested at a Shell gas station in Clarksville, Tennessee in December.

He was talking to a drug dealer named Robert Porter while standing next to Porter's car which contained eight ounces of cocaine and six ounces of crack.

Young went to trial after turning down a guilty plea because he felt the sentence offered was too long.

He was found guilty of conspiracy with intent to possess and distribute 500 grams of cocaine and 280 grams of crack, intent to distribute within 1,000 feet of a high school, and knowingly possessing a firearm in furtherance of a drug trafficking crime.

Due to previous convictions, the judge had no choice but to give him life in prison.

Young had been arrested for drug possession with a firearm in 2006 and for possession of less than a half-gram of cocaine in 2007, the same year his brother Robert killed himself.

He later said of his brother's death: 'I felt like the only person that understood all the adversity I'd been through was gone. I was lost, and I made a lot of bad decisions.'

The judge who sentenced Young, Kevin Sharp, left the bench in protest at 'unfair' mandatory sentences.

He said at Young's sentencing hearing in 2014: 'Each defendant is supposed to be treated as an individual. I don't think that's happening here.'

Young had testified that his mother was a drug addict and their home would sometimes have no lights or water.

He worked at a funeral home but soon joined his friends dealing drugs as a way to survive, he said.

Young said at his sentencing he had been relentlessly studying in jail to 'better himself.'

He said: 'I look at this like I'm in college. I don't get to go to frat parties or talk to women, but this is the time to get my skill set. When I'm reading in my cell, it's like I'm studying in my dorm room.'

Judge Sharp told the Tennessean: 'If there was any way I could have not given him life in prison I would have done it.'

He added: 'Most of the defendants (in drug cases) are not dangerous. They're just kids who lack any opportunities and any supervision, lack education and have ended up doing what appears to be at the time the path of least resistance to make a living.'