Robert Reich: Watch Your Walletts, The Next Crash Is Coming 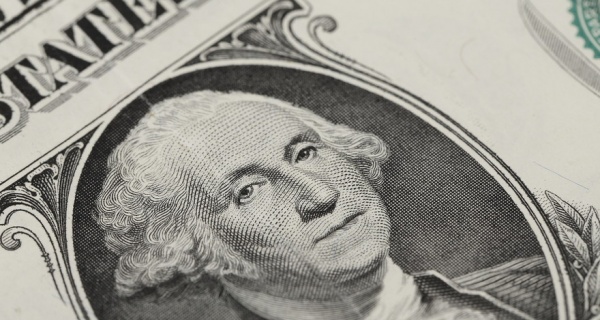 September 15 will mark the tenth anniversary of the collapse of Lehman Brothers and near meltdown of Wall Street, followed by the Great Recession.

Since hitting bottom in 2009, the economy has grown steadily, the stock market has soared, and corporate profits have ballooned.

But most Americans are still living in the shadow of the Great Recession. More have jobs, to be sure. But they haven’t seen any rise in their wages, adjusted for inflation.

Many are worse off due to the escalating costs of housing, healthcare, and education. And the value of whatever assets they own is less than in 2007.

Last year, about 40 percent of American families struggled to meet at least one basic need – food, health care, housing or utilities, according to an Urban Institute survey.

All of which suggests we’re careening toward the same sort of crash we had in 2008, and possibly as bad as 1929.

Clear away the financial rubble from those two former crashes and you’d see they both followed upon widening imbalances between the capacity of most people to buy, and what they as workers could produce. Each of these imbalances finally tipped the economy over.

The same imbalance has been growing again. The richest 1 percent of Americans now take home about 20 percent of total income and owns over 40 percent of the nation’s wealth.

The U.S. economy crashes when it becomes too top heavy because the economy depends on consumer spending to keep it going, yet the rich don’t spend nearly as much of their income as the middle class and the poor.

For a time, the middle class and poor can keep the economy going nonetheless by borrowing. But, as in 1929 and 2008, debt bubbles eventually burst.

We’re getting dangerously close. By the first quarter of this year, household debt was at an all-time high of $13.2 trillion.

They’ve managed their debts because interest rates have remained low. But the days of low rates are coming to an end.

The underlying problem isn’t that Americans have been living beyond their means. It’s that their means haven’t been keeping up with the growing economy. Most gains have gone to the top.

It was similar in the years leading up to the crash of 2008. Between 1983 and 2007, household debt soared while most economic gains went to the top. Had the majority of households taken home a larger share, they wouldn’t have needed to go so deeply into debt.

Similarly, between 1913 and 1928, the ratio of personal debt to the total national economy nearly doubled. As Mariner Eccles, chairman of the Federal Reserve Board from 1934 to 1948, explained: “As in a poker game where the chips were concentrated in fewer and fewer hands, the other fellows could stay in the game only by borrowing.”

Eventually, there were “no more poker chips to be loaned on credit,” Eccles said, and “when … credit ran out, the game stopped.”

After the 2008 crash, the government bailed out the banks and pumped enough money into the economy to contain the slide. But apart from the Affordable Care Act, nothing was done to address the underlying problem of stagnant wages.

But Trump’s real contributions to the next crash are his sabotage of the Affordable Care Act, rollback of overtime pay, burdens on labor organizing, tax reductions for corporations and the wealthy but not for most workers, cuts in programs for the poor, and proposed cuts in Medicare and Medicaid – all of which put more stress on the paychecks of most Americans.

Ten years after Lehman Brothers collapsed, it’s important to understand that the real root of the Great Recession wasn’t a banking crisis. It was the growing imbalance between consumer spending and total output – brought on by stagnant wages and widening inequality.

That imbalance is back. Watch your wallets.