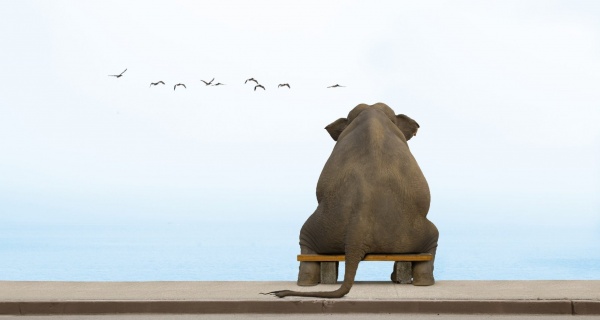 Tuesday morning, I stopped at the Trumbull town clerk’s office and did something that I never thought I would do. I resigned from the Republican Party and registered as an unaffiliated voter.

I would tell you that I’ve been a model Republican. I believe in smaller government, tight budgets and lower taxes. I believe that helping business grow is good for our economy. So it is with great dismay that I find I can no longer be part of the Republican Party. It is no longer the party that I believed in all these years.

I blame President Trump for turning the Grand Old Party into a lame, extreme right-wing group of people unwilling or unable to see the truth. But Trump is not alone in causing my disillusionment. I have had it with the state and federal branches of the Republican Party that tolerated the president’s behavior. None of our GOP candidates for governor denounced Trump. None of the leaders of Connecticut’s GOP will speak out.

Trump is simply the worst president our country has had — ever. He is encouraging increased pollution and disavowing the need to halt climate change. He is taking credit for a strong economy when it was the previous president (like him or not) who set the current strong economy in motion. He has separated immigrant mothers and children. He has, more likely than not, supported (or participated in) collusion with an enemy.

He is alleged to have secretly authorized paying hush money to silence individuals who could disclose details of his philandering — in apparent violation of campaign financing laws.

My search for redeeming qualities falls woefully short. What about his tax cuts, some Trump loyalists will ask? Don’t you like tax cuts? Trump’s tax cuts were for the extremely wealthy.

He is almost dictatorial and he has severely hurt our standing in the international community. People around the globe are laughing at us. His patriotism is really egotism.

Sure, I favor secure borders, but at the same time we should bring into our nation, legally, those fleeing oppression and violence. Yes, as it says on the Statue of Liberty in New York Harbor, do “’Give me your tired, your poor, Your huddled masses yearning to breathe free, The wretched refuse of your teeming shore.’” These are the people, my ancestors and yours, since our nation was founded, who have made America great.

I can no longer ignore Trump’s lies and his verbal and physical abuse of women. Imagine the average man calling a woman a “dog” in his workplace and watch how quickly he is fired.

Trump calls the media an "enemy of the state." He flouts long-standing protocol. He makes enemies of our allies. He calls as “fake news” any news he doesn't like. He caters to the wealthy while claiming he's helping the middle class. He is allowing sections of our pristine national parks to be taken over by developers.

I had the pleasure — the honor, really — to meet Presidents Ronald Reagan and George W. Bush. I did not always agree with their decisions, but I saw both as honorable men, leaders serving not out of self-interest but with the true best interests of our nation at heart.

Disavowing my party is no easy thing. I have made many friends over the years in the Republican Party. I am saddened by the fact that many will be more than offended by what I am saying. My decision was made after considerable soul-searching.