Trump's Policies Are Screwing Over The People Who Got Him Elected 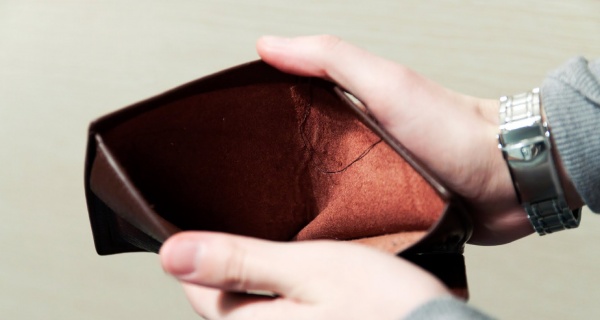 Donald Trump won the presidency because, for all his lies, he told a certain kind of truth. "The Republican nominee is selling an apocalyptic vision—the US as an impoverished hellscape beset by bloodthirsty urban anarchists, a terrorist fifth column, and the machinations of globalist elites," is how CNN's Jeremy King put it in October 2016. The hellscape was particularly acute when it came to the economy. “Many Pennsylvania towns once thriving and humming are now in a state of despair,” Trump said during a June 2016 speech in Elkhart, Indiana. The narrative he painted didn't match up with cold hard statistics, but it nonetheless felt true to voters in the Midwest who didn't think the recovery Barack Obama presided over had touched their lives. Those voters, in no small part, carried Trump to his narrow victory.

Now that Trump is president, his narrative has flipped and he's signing a song about how great the American economy is doing. But the version of the truth he told during the campaign continues to be as true as it ever was. People have been left behind. And Trump is making it worse.

Elkhart, the town where Trump gave that speech, was primed to be receptive to his message. As the Economist reported at the time, unemployment had been at 20 percent during the worst of the recession, and though stimulus money helped it to bounce back remarkably, locals didn't give Obama credit for the turnaround. Though jobs had come back, median income was lower in 2016 than it was in either 2008 or 1999—a statistic that paints a broader portrait of decline that goes beyond the most recent recession and rebound.

The New Yorker reported during the campaign that for all the talk of the "Rust Belt," the Midwest as a whole was doing well when you looked at the numbers: low unemployment, low economic instability. But some once-proud manufacturing towns had been decimated by the decline of unions and free trade deals that accelerated globalization, and they welcomed a candidate who seemed to be speaking for them. With a presidential election decided by a mere 80,000 votes it's impossible to list all the factors that led to Trump's victory, but his doom and gloom rhetoric on the economy undeniably helped sway the swing voters in Wisconsin, Michigan, and Pennsylvania. (Many of these voters, a study found, supported Bernie Sanders in the Democratic primary.)

Trump kept up the fire and brimstone in his inaugural address about "American Carnage," but seems to have discovered during his presidency that it's possible to describe the economy in rosy terms. "Our Economy is setting records on virtually every front - Probably the best our country has ever done," he tweeted last week; the week before, he announced, "The Economy is stronger and better than ever before. Importantly, there remains tremendous potential - it will only get better with time!"

That sounds an awful lot like Hillary Clinton. At the Democratic National Convention, the nominee praised the Obama administration's record the same way Trump is praising himself. "Our economy is so much stronger than when they took office," she said. "Twenty million more Americans with health insurance. And an auto industry that just had its best year ever. Now, that's real progress, but none of us can be satisfied with the status quo. Not by a long shot."

Politicians always play up problems when they're running for office and play them down once they get elected. But Trump's about-face on the economy is striking because all that trauma he diagnosed in 2016 is still there. An astonishing 40 percent of US families had trouble paying for food, shelter, or medical care in 2017, according to a survey out this week. Though the unemployment rate continues to fall, that's being driven by gains in counties that voted for Clinton, with "Trump country" still suffering more than its share of job losses. And while the economy has continued to grow, the Trump economy has largely seen the same winners and losers that the Obama economy did—if anything, Trump has tilted the playing field even more against the people who gave him his presidency.

Trump loves to talk about the stock market, but the vast majority of stocks are owned by the wealthy, and stock prices don't equal broadly shared prosperity; a jump in Amazon stock happened at the same time the e-commerce giant was being attacked for underpaying workers. The upper class also disproportionately benefited from Trump's tax cut, while the working class is getting no such preferential treatment—on Thursday, Trump announced plans to cancel a pay raise for civilian federal workers.

Meanwhile, Trump's much-hyped infrastructure plan, which was supposed to revitalize all those crumbling cities has itself turned to dust. His grandiose promises on healthcare were similarly bullshit. (Instead, his administration has quietly worked to make it harder for people to get Medicaid.) And even his protectionist actions on trade—the one area where the president has arguably backed up his populist campaign rhetoric—seem poised to hurt the people he claimed he would help.

Elkhart, the site of that Trump speech, still supports Trump even though his recently enacted tariffs on steel and aluminum could hurt the town's RV industry, the Daily Beast reported recently. But some residents could turn on Trump if his trade wars lead to layoffs. "He has been given a fair amount of political rope," the Beast wrote. "But the rope isn’t endless."

Just as Obama inherited an economy on the brink of collapse, Trump has inherited a massive income inequality problem. The difference is, Obama did take action to save struggling industries. The effectiveness of his stimulus will be debated forever, but what is inarguable is that inequality in America is getting worse and Trump is pushing policies that will likely exacerbate it.