A Neuroscientist Delves Into The 'Racist Brain' 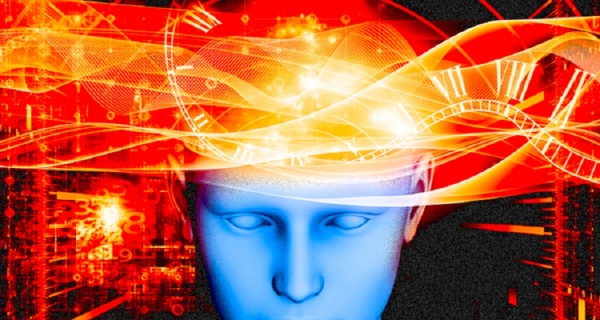 As a journalist and a cognitive scientist, I often write about the psychology underlying the seemingly-nonsensical and unwavering support for President Donald Trump, and a very common response in the comments section goes something like, “It’s not that complicated. They are racists, plain and simple.”

While that may be true for a portion of Trump supporters (and perhaps Trump himself), is it really simple? What do we mean exactly when we say someone is racist? An even better question—what are the neural and psychological characteristics of a racist mind? By analyzing the pathways in the brain that underlie racist thought and behavior, we can better understand how this nasty bias is created, and potentially, how to mitigate it.

The Neuroscience of Racial Bias

First of all, how do we know that racial biases actually exist? While some may claim that they have no biases, a clever psychological experiment provides objective evidence supporting the notion that the vast majority of us do. In the implicit bias task, participants are shown words on a computer screen like “happy” and “fear,” which they must categorize as positive or negative. What results have consistently shown is that if a black face is quickly flashed before the words, individuals will be faster to correctly categorize negative words, while the same people will be quicker to correctly categorize positive words when they follow white faces. These troubling findings suggest that over 75 percent of Whites and Asians have an implicit racial bias, which affects how they process information and perceive the social world around them.

However, this bias is subconscious and implicit. Whether or not it leads to overtly racist attitudes and behavior depends on an interplay between different brain areas—specifically those that create feelings of fear and promote tribalism, and those that help us regulate and suppress those bad instincts.

Brain imaging studies have shown that people who display an implicit bias have a stronger electrical response to black or other-race faces in an area of the brain known as the amygdala—a structure responsible for processing emotional stimuli and eliciting a fearful or anxious mental state. An exaggerated amygdala response is part of what creates the sudden visceral or “gut feeling” of being scared. And that feeling of fear has additional psychological effects that promote prejudice. It is well-established that when one feels their welfare is being threatened, they tend to become more tribal in their behavior, and additionally bolster their cultural or national worldviews since it is those worldviews that make them feel safe. In essence, nationalism and prejudice are knee-jerk responses to anxiety.

Fortunately, that isn’t the whole neuroscience story. In people with healthy functioning brains, the fast amygdala response activates a region of the brain known as the prefrontal cortex, which is slower and plays a regulatory role. When the fear system is triggered, prefrontal areas work to assess the situation rationally and calm the pesky automatic system. Thanks to specific regions like the dorsolateral prefrontal cortex, and the anterior cingulate cortex, the brain exercises cognitive control, suppressing inappropriate or prejudice judgments and behavior.

The problem is, not everyone has a healthy functioning prefrontal cortex, and these people are the ones whose biases control them. They cannot reason those fearful surges away because they lack the cognitive mechanisms that normally allow people to do so. Interestingly, brain imaging studies have found links between impaired prefrontal lobe function and religious fundamentalism. While correlation does not always imply causation, a statistical connection between the two would suggest that religious extremism and intolerance for dissimilar others share brain dysfunction commonalities. Studies have also shown that those suffering from addiction to drugs like alcohol or amphetamines also have poor prefrontal circuitry, meaning they have greater difficulty keeping their prejudices and tribal instincts in check. Generally speaking, those who have trouble self-regulating their emotions and controlling their fears are the ones who are more likely to espouse nationalist and racist views.

So, the question we should all be asking is, now that we understand the science underlying racism, what can we do about it? Fortunately, one prominent and fascinating feature of the brain is its plasticity—or ability to be rewired in response to new incoming information from the environment and new experiences. Through exposure to new stimuli, new synaptic connections can be formed, creating neural pathways that can promote a restructuring of old and rigid belief systems. Additionally, cognitive exercises like focused breathing and meditation can train the prefrontal cortex to attenuate a hyperactive amygdala and control those bad instincts.

But even these efforts might not do much to change the worldview of a staunch racist. That could require more extreme therapeutic measures, such as pharmacological treatments to reset the brain. Psilocybin, the ingredient in magic mushrooms, or LSD, along with talk therapy could be an effective way to alter their worldviews and dissolve their biases. Unfortunately, this would require that the racist be open-minded enough to give such an experimental treatment a try. Which is unlikely. But not impossible. And we should remember that fact, which is worth reiterating. It is not impossible.

Bobby Azarian is a neuroscientist affiliated with George Mason University and a freelance journalist. His research has been published in journals such as Cognition & Emotion and Human Brain Mapping, and he has written for The New York Times, The Atlantic, Psychology Today, and Scientific American.