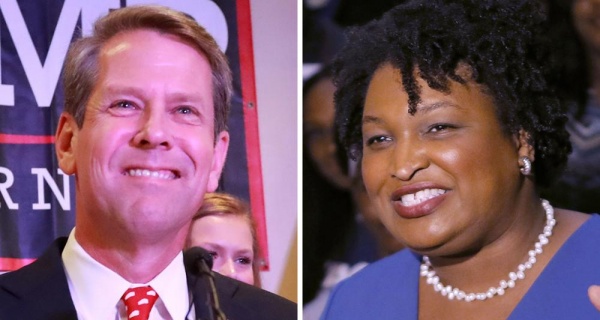 Pressure is mounting on Randolph County officials to abandon a proposal to close seven out of nine polling places in a predominantly African-American area in southwest Georgia.
Dozens of voters crowded an elections board meeting in Randolph County on Thursday to blast plans to close polling sites for the November election that were open during this year’s primary and runoff contests. And both major-party candidates for Georgia governor have urged the county’s officials to keep the polling places open.

Republican Brian Kemp, who as secretary of state oversees elections, said through a spokeswoman his office advised the county to ditch the proposal. His Democratic opponent, Stacey Abrams, said closing the sites would infringe on the rights of voters to “have their voice represented at the voting booth and in our government.”

The Georgia chapter of the American Civil Liberties Union and other civil rights organizations have assailed the proposed changes, which local elections officials have said were partly motivated by cost concerns and compliance with the federal Americans With Disabilities Act.

“This proposal is reminiscent of Georgia’s ugly, discriminatory past, and that is where it needs to stay,” said Andrea Young, executive director of the state ACLU chapter.

She and others repeatedly questioned whether race factored into the decision. U.S. census figures show roughly 60 percent of the county’s 7,000 residents are black, and one of the polling places on the chopping block is in a precinct where more than 95 percent of voters are African-American.

“The bottom line with this — it’s about race. That’s the problem this is creating,” said Henry Cook, a Randolph County resident who ripped into the proposal at the Thursday meeting. “We might as well get our act together with the ACLU and get ready to file a lawsuit.”

Randolph County officials said the closures aren’t discriminatory and that conditions of the polling sites forced the change. Mike Malone, a consultant hired by the elections board, said the seven polling locations are not accessible to people with disabilities and that there’s not enough time for a fix before the election.

“Your polling places are not ADA-compliant. Period,” said Malone, who outlined moldy conditions and electrical problems at some sites. “That’s all I can say about them.”

Pressed on alternatives to residents concerned about getting to the polls, Malone outlined another option: “Voters have 45 days prior to the election to apply and secure an absentee ballot by mail.”

The county has set an Aug. 24 vote on the changes, and civil rights groups aim to ratchet up the pressure until then. Several residents talked about petitions and other forms of protest to deter the county from closing the polls, and the ACLU suggested it was considering legal action.

Voting rights issues are in the spotlight ahead of the November election. Every statewide office and legislative seat is up for grabs, including the marquee contest for governor pitting Kemp against Abrams, a former state House minority leader.

The county, which is about 160 miles southwest of Atlanta, is a long-standing Democratic bastion. Hillary Clinton won roughly 55 percent of the vote in 2016, and Jason Carter and Michelle Nunn both carried Randolph in the 2014 races for governor and the U.S. Senate, respectively.

Several of the residents at Thursday’s meeting said closing the polls would force voters to drive or walk additional miles to cast their ballots. There’s no public transit in Randolph County and roughly one-third of residents live below the poverty line.

“It’s impossible for rural voters without vehicles to vote on Election Day,” said Sean Young, the ACLU chapter’s legal director. “It will be impossible for them. They’ll have to walk 3 1/2 hours just to get to one of these polling places.”

Young said he was thrilled with the heavy turnout at Thursday’s meeting.

“It was heartening to see so many members of the community come and speak out vociferously against this discriminatory proposal,” he said.