These 25 Districts Could Decide The House In 2018 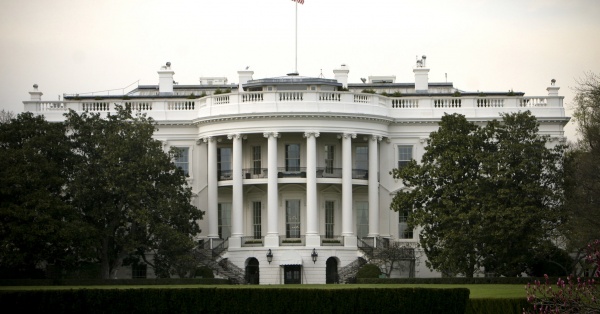 One of my favorite FiveThirtyEight concepts is the “tipping-point state,” first introduced by Nate more than 10 years ago. A tipping-point state is a literal swing state: the state that swings the result of a presidential election from one candidate to another. For example, if you put all 50 states in order by the margin that separated Donald Trump and Hillary Clinton in 2016, from most Republican to most Democratic, then went down that list and began counting up the electoral votes for Trump, Wisconsin1 was the state that gave Trump his 270th electoral vote — and therefore the White House.

In addition to all its other bells and whistles, our new U.S. House model can help us estimate the chances that any given congressional district will be the tipping-point district, just like our presidential model estimates which states are most likely to be the tipping point for that race. In first place, the likeliest 2018 bellwether: Minnesota’s 3rd Congressional District. The suburban Minneapolis district went for Hillary Clinton by 9 percentage points in the 2016 election, but it’s home to a strong incumbent in Republican Rep. Erik Paulsen, who won his last election by 14 points and is sitting on a $2.7 million war chest.

But since there are 435 congressional districts, the odds that any particular district is the tipping point are pretty small. (There’s actually only a 1.86 percent chance that Minnesota’s 3rd District will be the tipping-point district.) That’s why we’re better off looking at a bunch of potential tipping points and thinking about them as a group: Where is the campaign for House control being fought, and what does the battleground look like?

As of the launch of our House forecast on Thursday, these are the 25 districts most likely to strike the decisive blow for House control. They’re a varied group, reflecting the fact that this year’s playing field is quite broad and Democrats have more than one path to a majority. Eight of them are in the West, including six in California, hinting at that region’s potential to serve as the linchpin of a new-look Democratic majority coalition. But seven are in the Midwest, providing Democrats with the option of returning to the embrace of an old flame. The South2 and the Northeast (with five districts each) look like they’ll see less action this fall; none of the top 25 tipping-point districts fall between Charlotte, North Carolina, and Houston, and all five in the Northeast are in New York and New Jersey.

Politically, they offer Democrats no clues about whether their easiest path to the majority goes through resilient Republican incumbents in blue seats (Paulsen in Minnesota’s 3rd, Mike Coffman in Colorado’s 6th) or relies on strong Democratic challengers in red ones (Amy McGrath in Kentucky’s 6th, Anthony Brindisi in New York’s 22nd). It is notable, though, that only six open seats show up on the list, and none in the top 12 — a reflection of the fact that Democrats can’t win the House without ousting a bunch of Republican incumbents.

And demographically, the districts run the gamut from the majority-minority Texas’s 7th District to the lily-white Iowa’s 1st District, from the impoverished California’s 21st District to the tony Virginia’s 10th. But in aggregate, they definitely tilt whiter and more privileged than the nation as a whole. Only nine of the 25 districts have a smaller non-Hispanic white population than the national average of 62 percent — and all nine are in the Sun Belt. Only six of them have a lower median household income than the national median of $55,322. All but eight have a higher percentage of adults with college degrees than the national average (30.3 percent).

In other words, our model may be telling us something we’ve been wary of believing so far: It’s more likely that the House will be won in affluent suburbia than in white blue-collar zones. Only three districts on our list are whiter than, poorer than and less educated than (or at least no more educated than) the U.S. as a whole: Kentucky’s 6th, New York’s 22nd and Virginia’s 5th. Five are more diverse, wealthier and better educated (call these the “Sun Belt suburbs”): California’s 45th, California’s 48th, California’s 49th, Nevada’s 3rd and Texas’s 7th. Ten are whiter, richer and better educated: Colorado’s 6th, Iowa’s 3rd, Michigan’s 11th, Minnesota’s 3rd, Nebraska’s 2nd, New Jersey’s 3rd, New Jersey’s 7th, New Jersey’s 11th, Ohio’s 12th and Virginia’s 10th.

These “northern suburbs” look like they have the best shot at being 2018’s true bellwethers. It makes a weird amount of sense: Democrats’ best path to a majority might be through both the suburbs and the Midwest. Politicos, including me, have long set those two things up in opposition to each other,3 but Los Angeles and Houston don’t have a monopoly on wealthy burbs — you can find them in Minnesota and Nebraska too.