Another Day, Another Trump Melt Down 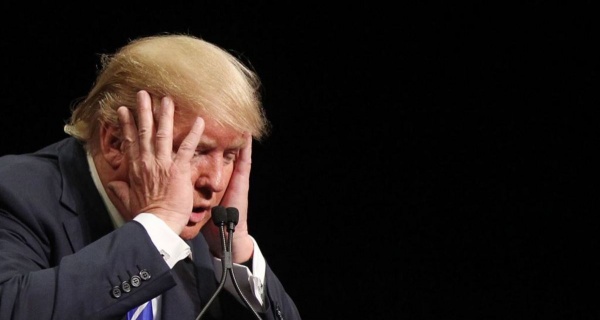 Though she signed a confidentiality agreement covering her time on the campaign, she did not sign one prior to joining the administration. When she was fired in December 2017, the administration offered her a $15,000-per-month job on the team to get Trump reelected in 2020 if she would agree to sign a nondisclosure agreement covering her time in the White House. She refused.

On Monday, Trump tweeted about a nondisclosure agreement signed by “Wacky Omarosa.” It isn’t clear to which agreement Trump is referring, but legal experts have said that an NDA signed by government employees would not be enforceable.

President Trump spent most of Tuesday morning alternating between attacking Special Counsel Robert Mueller’s investigation and Omarosa Manigault-Newman, the former Apprentice star and White House aide who has unleashed hell on her former employer in the form of a tell-all book and a string of TV appearances bashing the president. Trump’s Executive Time tweets about recently fired FBI agent Peter Strzok and the “17 Angry Democrats” were boilerplate. His tweets about Omarosa were far uglier.

@realDonaldTrump
When you give a crazed, crying lowlife a break, and give her a job at the White House, I guess it just didn’t work out. Good work by General Kelly for quickly firing that dog!

Beyond Trump’s abhorrent rhetoric, the very logic of the tweet raises questions. When most people decide to give a “crazed, crying lowlife a break,” they’re loaning them a few hundred dollars, or maybe letting them crash on the couch for a week or so. They’re not giving them $180,000-a-year jobs at the White House and entrusting them to serve the American people with integrity. The tweet underscores just how seriously Trump takes the greatest responsibility any American could ever have, which is not very.

Making a cameo in the last sentence of that tweet is one of Trump’s favorite insults: calling someone a “dog.” On Twitter alone, he has demeaned David Gregory, Erick Erickson, Steve Bannon, Glenn Beck and others for being “fired like dogs.” He’s leveled the insult in various other forms at wide array of characters who have passed through his orbit, from Mitt Romney (who “choked like a dog”), to rapper Mac Miller (an “ungrateful dog”), to actress Kristen Stewart (who cheated on Robert Pattinson “like a dog”). In the case of Omarosa, Trump may have wanted to stop for a second and consider the racial implications of calling an African-American woman an animal as he tries to fend off allegations that he is a virulent racist.

The tweet was, as of this publication, the latest of several attacks the president has levied against Omarosa since her recent publicity tour began. After tweeting Monday morning that she is “not smart” and that “people in the White House hated her,” that night the president allegedly received a call from television producer Mark Burnett. He couldn’t wait until morning to tweet about it.

The alleged “TAPES” are likely the reason Trump is so incensed over his former aide’s book tour. It has been rumored since before the 2016 election that Trump was recorded saying the n-word during a taping of The Apprentice. Mark Burnett, the show’s producer who denounced Trump during the campaign, has previously said that he will not release any tapes from the show. Though many have questioned their existence, several figures associated with the show have claimed that recording exists of Trump saying the n-word. Tom Arnold, who tweeted about the purported tape prior to the election, recently explained to Rolling Stone‘s Briatt Hiatt that Trump allegedly uttered the slur as he was shooting down an idea to dine at Rao’s in Harlem. “‘I don’t want to go uptown with all those n——,'” Arnold recalled Trump saying.

Arnold also noted that the word was spoken casually, “like he’s said it a billion times before.” Omarosa said something similar Monday evening during an appearance on MSNBC’s Hardball. “It sounded like he used it everyday,” she said. “It rolled off his mouth.” Apprentice contestant Penn Gillette confirmed the tape’s existence to Vulture in an interview published Tuesday morning, but he did not explicitly say he heard Trump say the n-word.

Trump allies have done everything they can to discredit Omarosa’s allegations against the president, including her insistence that Trump said the n-word “multiple times.” On Fox News Monday night, Trump campaign spokesperson Katrina Pierson laughed off the idea of the tape’s existence while saying that “it sounds like [Omarosa] is writing a script for a movie.” The White House has similarly attacked Omarosa as a “disgruntled former employee” lacking in “character and integrity.”

These attacks are exactly why Omarosa likely made so many recordings during her time working on Trump’s campaign and then in the White House. On Wednesday morning, she released yet another recording, this one to CBS. It features both Pierson and current U.S. Housing and Urban Development administrator Lynn Patton fretting during the campaign over how to handle the potential release of the n-word tape. “I’m trying to find out at least what context it was used in to help us maybe try to figure out a way to spin it,” Pierson said.

Omarosa has known Trump far longer than any of the political sycophants who leeched onto him after the election. She knows how he operates and was well aware that she could be jettisoned from the White House and then mercilessly thrown under the bus, which is exactly what happened. She appears to have played Trump, dare we say, like a dog, by recording an untold number of sensitive conversations. It’s unclear what will come of the recordings, and the veracity of her book is certainly dubious, but at the very least she has brought the potential existence of a tape featuring Trump saying the n-word back into focus. If such a tape were to emerge, it’s hard to imagine how the president would rationalize it. The slur couldn’t be explained away as “locker room talk,” and an apology wouldn’t cut it for those accusing the president of racism. Then again, Trump and his A-Team of career liars would come up with an excuse just passable enough to placate his base, which is all he cares about. After all, how could “the least racist person” any of us have ever encountered, a true “Champion of Civil Rights,” ever have sincerely uttered such a vile slur?