The Light Is Getting Dimmer Inside The Republican Party 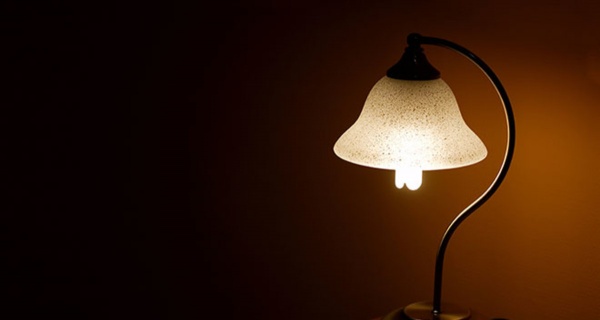 As was the case with another major event that occurred in the summer of 1988, we apparently didn’t heed the warnings.

It was 30 years ago this month that Donald Trump made his presence felt at that year’s Republican National Convention in New Orleans, Louisiana. It was obvious to the discerning viewer that Trump had designs on the White House, that his planet-sized ego hungered to be commander-in-chief, that he would launch a hubris-filled campaign at some point. How many Americans were discerning viewers back then?

It’s not a surprise that Trump was pulling for then-Vice President and GOP nominee George H. W. Bush. The 1988 Bush campaign was filled with shameless race-baiting and media-bashing, forming the successful template for Trump’s White House bid 28 years later. Trump may have issues with the Bush family now, but he would have never become President were it not for the precedent Bush set.

The moderate Republicans actually in existence back then should have been horrified by Trump’s presence at the 1988 GOP convention; that moment should have marked the unofficial start of the “Never Trump” movement. Yes, those Republicans presumably made their piece with Ronald Reagan eight years earlier, but Trump’s open vulgarity and sleaziness should have been enough to set off alarms.

Will Republicans one day express mass regret for embracing Trump? We saw cracks in the Trumpista armor earlier this week in a now-famous CNN segment:

To quote Michelle Obama, it feels like hope is finally making a comeback. Granted, the segment featured some Trump voters who are still, frankly, duped. But others seemed to realize, at long last, that they were the victims of an elaborate con.

Of course, the consequences of that con could be with us for a generation:

Democrats have all but acknowledged that they are unable to stop the Senate from confirming Trump nominee Brett M. Kavanaugh for the Supreme Court this fall.

Moderate Republican senators such as Susan Collins of Maine, the most closely watched GOP swing vote, are sending strong signals that they will back Kavanaugh. Several Democrats facing difficult reelections this year have indicated they are open to voting for the judge. And leaders of the resistance are already delivering post-mortem assessments and blaming fellow Democrats for a looming failure.

Barring a major revelation, the Senate is poised to install the 53-year-old Kavanaugh on the high court and take the next step toward fulfilling President Trump’s pledge to remake the Supreme Court — and the wider federal judiciary, potentially for decades…

Democrats are likely to watch helplessly as the Senate confirms Trump’s second Supreme Court pick after Justice Neil M. Gorsuch. In addition, Republicans have pushed through 24 circuit court judges, a record number for a president in his first two years in office, and two more are in the queue when the Senate returns next week.

Senate Majority Leader Mitch McConnell (R-Ky.), who sees a conservative judiciary as the legacy of the GOP’s grip on all levers of government, spoke confidently on Friday about Kavanaugh’s prospects. “He’ll get confirmed. It won’t be a landslide, but he’ll get confirmed,” McConnell told WKDZ radio in Cadiz, Ky.

Hours later, Senate Republicans announced that confirmation hearings before the Judiciary Committee would begin the first week in September.

Collins, Murkowski, Manchin, Heitkamp, and Donnelly–all of whom are responsible for Neil Gorsuch’s presence on the Supreme Court–might want to do something they apparently didn’t do before voting for Trump’s last nominee: watch the footage of Trump at the 1988 Republican National Convention and ask themselves if the most powerful court in the country, if not the world, should be influenced by that guy.