Mitt Romney Explains His Views On Race And Equality 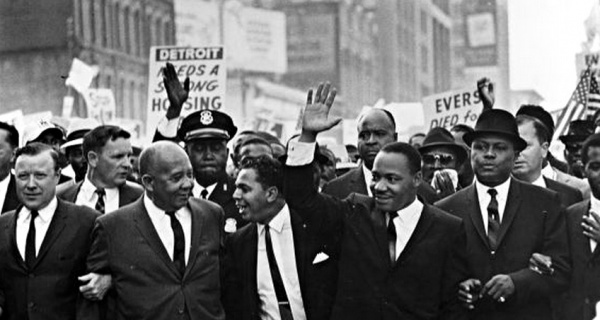 A year ago in Charlottesville, a Nazi white supremacist plowed his car into a group of people, killing Heather Heyer and injuring several others. His object was to brutalize and terrorize demonstrators whom he and his hate brigade opposed. The President opined that there were good people in both groups, a statement for which he was widely criticized. My view —then and now — is that people who knowingly march under the Nazi banner have disqualified themselves as “good people.” Accordingly, I wrote:

@MittRomney
No, not the same. One side is racist, bigoted, Nazi. The other opposes racism and bigotry. Morally different universes.

Prior to and after Charlottesville, the President made public statements that were viewed by some as expressing or evoking racism. He objected to this characterization and insisted that he opposes racism. What followed has been a national conversation about the implications of race in America. Today, one year after Charlottesville, I again add my voice to this discussion.

I firmly believe in the moral foundation that underlies and is enshrined in the Declaration of Independence and in the Constitution: “all men are created equal.” I recognize that while individuals are born with unequal talents, unequal family circumstances, and unequal opportunity for education and advancement, the equality of the intrinsic worth of every person is a truth fundamental to our national founding and moral order.

As citizens of a nation founded on the principle of human equality, we must categorically and consistently reject racism and discrimination. We must refuse to allow our estimation of others to be based upon their ethnicity rather than upon their qualities as individuals. We must insist that those we elect as our leaders respect and embrace Americans of every race, sexual orientation, gender, and national origin. In this country, it must be electorally disqualifying to equivocate on racism.

There are some who feel that in our effort to create equality of opportunity for some we have, in certain circumstances, created discrimination for others. That surely would be unfortunate and ill-advised. Our aim must be equality of opportunity, not superiority of opportunity. That said, my personal experience working in communities of color is that in the great majority of circumstances, it is still a distinct disadvantage of opportunity to be African-American or Hispanic-American. My understanding of the Black Lives Matter movement, for example, is that it is not intended to elevate minority lives above white lives; it is intended to draw vivid attention to the too frequent reality of deadly racial discrimination in law enforcement and in the courts.

My convictions regarding the equality of mankind were unquestionably shaped by my parents and by my belief that we are all children of God. Civil rights were a passion for both my father and mother; Dad refused to support a presidential nominee of his party due in part to that person’s perceived equivocation on civil rights. As a governor, he established the first state Civil Rights Commission. In our home, Mom and he taught us to respect people different than ourselves and to champion racial equality.

There are some besotted and misguided souls who long for a population that is more homogeneous—more white. They even disparage legal immigration, ignoring the fact that nearly all Americans are immigrants or descendants of immigrants. But can they not at least recognize—whether or not they like it—we are, in fact, a highly diverse population? And given this reality, “united we stand and divided we fall.”

The matter of race and racism is not tangential to the great issues of our day: it is one of them. It is impossible for America to achieve and sustain high growth, economic superiority, and global leadership if our citizenry is divided, disengaged, and angry. But more than this, we must foster equality if we are to remain a great and good nation. And we ourselves must embrace the dignity of all God’s children if we are to merit His love.