LeBron James vs Donald Trump: A Inside Look At The Tale Of The Tape 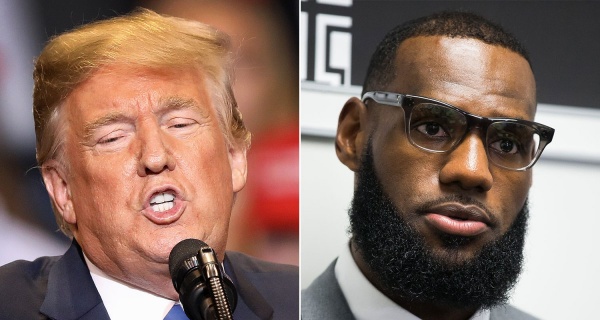 “Lebron James was just interviewed by the dumbest man on television, Don Lemon. He made Lebron look smart, which isn’t easy to do. I like Mike!”

James was talking about racism in America during the CNN interview that caught Trump's attention.

This seems like an unfair fight to us, but let's take a look at the tale of the tape:

Quote of Note: "You know, God gave me a gift to do other things besides play the game of basketball."

Support of Education: Paid $25 million to settle with ripped-off students of his now defunct Trump University in January

Most Popular Meme: Holding up an executive order

Key Nemesis: Robert Mueller and his probe into Russian interference in U.S. election

Quote of Note: “Wouldn’t you love to see one of these NFL owners, when somebody disrespects our flag, to say, ‘Get that son of a b---h off the field right now. Out. He’s fired. He’s fired!'”