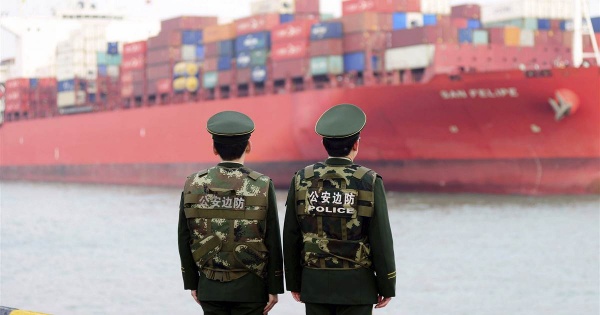 Date Posted: Friday, August 3rd, 2018
China is preparing to retaliate in the escalating trade war with tariffs on about $60 billion worth of U.S. goods.
The import taxes would range in rates from 5 percent to 25 percent, China's Ministry of Commerce said in a release on its website. There are four lists of goods, one for each of the rates proposed. Many of the goods are agricultural-related, with others on various metals and chemicals.
"The implementation date of the taxation measures will be subject to the actions of the US, and China reserves the right to continue to introduce other countermeasures," China's release said, according to a translation. "Any unilateral threat or blackmail will only lead to intensification of conflicts and damage to the interests of all parties."
China declared it will impose these new tariffs if the U.S. places more tariffs on Chinese imports. President Donald Trump is considering the U.S. raise proposed tariffs on $200 billion of Chinese goods to 25 percent from the 10 percent rate his administration is currently mulling, the administration announced Wednesday.
Trump is trying to use duties, among other tools, to push China to abandon alleged unfair practices and reach a potential new trade deal. Trump aims to balance a desire to force Beijing to the negotiating table with efforts to avoid escalation in a potentially devastating trade war.
The White House responded to China's announcement in a statement Friday.
"Instead of retaliating, China should address the longstanding concerns about its unfair trading practices, many of which are laid out in USTRs 301 report," Press Secretary Sarah Sanders said.
China's Ministry of Finance also released a statement to the same effect. Here is a corrected Google translation of the Ministry of Commerce statement:
A spokesperson of the Ministry of Commerce made a statement on China's intention to take countermeasures against some imported products from the United States:

Recently, on the basis of the announcement of the 10% tariff list for China's $200 billion exported to the United States, the US has proposed raising the tax rate from 10% to 25%. In this regard, China has decided to impose tariffs on the approximately 60 billion US dollars of products imported from the United States in accordance with the four different tax rates. China's differential tax rate counter-measures are rational and restrained. They are put forward after extensively listening to opinions and carefully assessing the impact, especially taking into account factors such as the welfare of the people, the endurance of the enterprise, and the maintenance of the global industrial chain. The implementation date of the taxation measures will be subject to the actions of the US, and China reserves the right to continue to introduce other countermeasures. China always believes that consultation on the basis of mutual respect, equality and mutual benefit is an effective way to resolve trade differences. Any unilateral threat or blackmail will only lead to intensification of conflicts and damage to the interests of all parties.
The Chinese side once again stressed that because the US side has repeatedly escalated the situation despite the interests of both enterprises and consumers, China has to take necessary counter-measures to defend the country's dignity and the interests of the people, defend free trade and the multilateral system, and defend the common interests of all countries in the world.