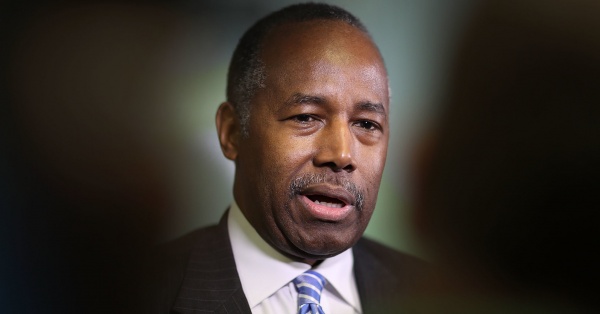 Date Posted: Friday, August 3rd, 2018
Even before the President nominated Ben Carson to serve as Secretary of Housing and Urban Development, many, including Carson, raised questions about his qualifications to lead a federal agency. However, after 16 months on the job, Carson’s inability to abide by ethical guidelines has undermined his work at HUD even more than his inexperience. Now that Environmental Protection Agency head Scott Pruitt has resigned amid various ethics scandals, some are speculating that Carson will be next to go.
Since its founding, HUD has enabled millions of families to grasp the American Dream. Mine is no different. When my aunt moved from Alabama to New York City, she raised her children in HUD public housing and later purchased her first home with assistance from HUD. After my cousin was murdered near our apartment in Harlem, my mother and another aunt, both schoolteachers, pooled their money to move. With a HUD-backed mortgage, they bought a modest home in a black working-class neighborhood in Queens that also became the foundation for their retirement. HUD helped my family to thrive in a safe community and gain financial independence. Because of their sacrifice and these opportunities, I went on to college and law school. Years later, I was honored to work at HUD during the Obama Administration to support its mission. It’s because of these experiences that Secretary Carson’s ethical failings are so galling. Carson’s unethical antics weaken HUD programs that help hardworking families like mine and demean the efforts of my former colleagues who support HUD’s mission.
Carson’s ethical problems began almost immediately. Soon after his confirmation in March 2017, Carson allowed his son to help organize and invite prospective business partners to a HUD listening tour in Baltimore, despite warnings from HUD lawyers that doing so risked violating ethics rules. Even after receiving legal advice that he could be creating the appearance of using his position for private gain, Carson sanctioned his son’s role in the agency event. HUD’s Office of Inspector General (OIG) initiated an investigation into the matter in February.
Last year, Carson also broke federal law by approving a $31,000 expenditure of taxpayer funds on furniture for his office dining room. Then, HUD management demoted one of the staffers who raised concerns about the exorbitant spending. Her retaliation claims are also being investigated.
Then there is the curious case of Alfonso Costa, Jr., the son of Carson’s “best friend,” former business partner and campaign donor. Last summer, Costa finished his second year at Harvard Law School. Like many law students interested in housing policy, Costa could have taken an unpaid internship in HUD’s Office of General Counsel. Instead, Carson hired Costa into a full-time “special assistant” position at a salary of $44,941, despite knowing that Costa would return to school three months later. Upon graduation, Costa could have applied for HUD’s highly competitive Legal Honors Program, which is its “only hiring program for entry-level attorneys.” Instead, Carson hired his friend’s son to a senior management position at HUD.
Costa may be well-educated, but his experience pales in comparison to the employees whose work he now oversees as HUD’s Deputy Chief of Staff. Carson’s decision to hire Costa is an affront to my former colleagues who earned the chance to start their legal careers at HUD, and to those who just missed out on the opportunity. It may also violate the Trump ethics pledge which requires appointees to “agree that any hiring or other employment decisions [they] make will be based on the candidate’s qualifications, competence and experience.” This questionable conduct undermines HUD’s reputation and employee morale. More importantly, demoting employees who report misconduct while circumventing the rules to help family and friends get work undermines the efficacy of HUD’s programs.
Secretary Carson can ill-afford to hire unqualified cronies. The latest semi-annual report by HUD’s Acting Inspector General found that five audits or evaluations issued during Carson’s tenure lack timely management decisions. In May, OIG directed HUD to make a grantee strengthen its capacity to administer billions in relief funds for Hurricane Harvey. In June, OIG also found that HUD’s Office of Community Planning and Development failed to effectively oversee federal funds. Addressing these and other challenges requires experienced hands, not untested loyalists.
As HUD Secretary, Carson has made numerous statements and testified before Congress touting HUD as a stepping stone to “self-sufficiency.” Recently, Carson has attempted to raise rents on low-income families and declined to enforce housing discrimination laws, all in the name of self-sufficiency. While Carson preaches self-sufficiency to families like mine that receive HUD assistance, he seems to have no problem using his government position to benefit his own family and friends.
When Secretary Carson defends his own spending but refuses to defend HUD’s budget before Congress, I think about the communities who won’t get the support they need. When HUD employees are undermined by Carson’s misconduct, I worry about a potential brain drain of staff critical to HUD’s mission. It turns out that Carson’s lack of government experience is not the biggest impediment to his success at HUD—his hostility to ethics in government service is. Carson’s behavior is an insult to HUD’s dedicated employees as well as the hardworking Americans who rely on HUD programs. And it could ultimately cost him his job.