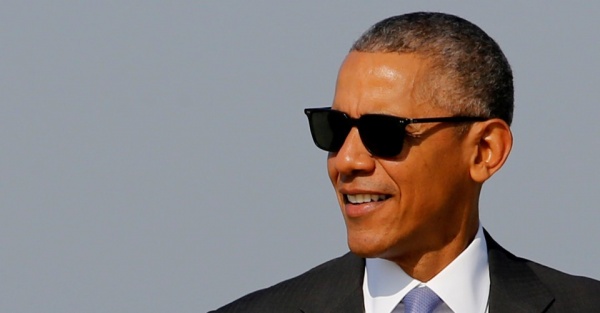 President Barack Obama Wednesday announced his endorsement of dozens of candidates in advance of November’s midterm elections. This large, diverse contingent comprises 81 candidates from across the country in federal, state and down-ballot races.

“I’m proud to endorse such a wide and impressive array of Democratic candidates - leaders as diverse, patriotic, and big-hearted as the America they’re running to represent,” said President Obama.

“I’m confident that, together, they’ll strengthen this country we love by restoring opportunity that’s broadly shared, repairing our alliances and standing in the world, and upholding our fundamental commitment to justice, fairness, responsibility, and the rule of law," he added. "But first, they need our votes - and I’m eager to make the case for why Democratic candidates deserve our votes this fall.”

President Obama believes our long-term challenges can be addressed best when we all take a more active role in our democracy. That’s why he is dedicating his post-Presidency efforts to identifying and elevating the next generation of leaders.

In issuing this first round of endorsements, President Obama hopes to help current and aspiring Democratic leaders establish themselves, build their profiles, and lead their communities.

This fall, President Obama will prioritize supporting redistricting targets recommended by the National Democratic Redistricting Committee (NDRC), taking back control of the U.S. House of Representatives, and growing the U.S. Senate Democratic Caucus.

Wednesday’s endorsements also include several promising Obama Administration and campaign alumni who heeded the President’s call in his farewell speech to “grab a clipboard, get some signatures, and run for office yourself.”

Since leaving office, President Obama has remained politically active, campaigning and issuing endorsements in key races in 2017, and holding fundraisers for the NDRC, the DNC, the DCCC, and the DSCC.

He expects to campaign in several states this fall and to issue a second round of endorsements in advance of Nov. 6.