Poll: If The Election Was Held Today, Biden Would Trump Trump 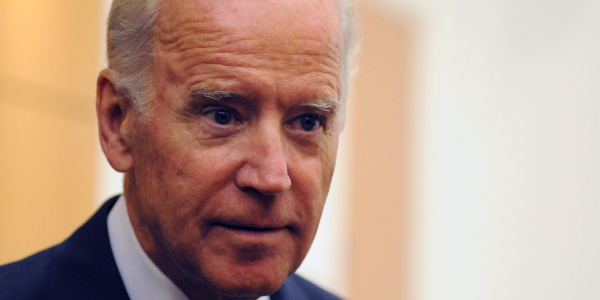 Date Posted: Wednesday, August 1st, 2018
Former Vice President Joe Biden would crush President Donald Trump by seven percentage points if the 2020 elections were held today, new public opinion numbers indicate.
Trump's re-election test is still 27 months away, but pollsters are already busily padding their regular surveys with hypothetical matchups.
Forty-four per cent of registered voters said they would choose Biden if he were the Democratic nominee, compared with 37 per cent who would send Trump back to Washington for four more years.
About 80 per cent of Democrats sided with Biden, and 78 per cent of Republicans with Trump. But Democratic voters outnumber GOPers in the U.S. population by a 30-26 margin, according to Gallup.
Biden would be 77 years old if he were elected president. Trump will be 74 if he wins a second term.
Trump has blasted Biden in the past as a feckless leader who shouldn't succeed him in the Oval Office
Wednesday's poll came from Morning Consult, in cooperation with Politico.
A numerical advantage doesn't always translate to an Electoral College victory. Trump beat Hillary Clinton in 2016 despite earning fewer votes: The former secretary of state's 2-point edge was largely in safe Democratic states where it didn't help her.
But it's nearly impossible to construct a realistic scenario where a larger 7-point popular vote victory wouldn't win.
Biden is by no means a White House shoe-in, or even a serious contender, at this point.
In a future Democratic primary matchup against unnamed opponents, he would lose by 9 points.
But in Morning Consult's previous poll, Trump lost to a 'generic' Democrat by a 48-35 split.
For months Biden has appeared to be laying the groundwork for a future Trump clash, blasting the president during a March anti-sexual-assault rally in Florida.
'A guy who ended up becoming our national leader said, "I can grab a woman anywhere and she likes it", he told a crowd, referring to the infamous 'Access Hollywood' audio of Trump declaring that famous men can grab women 'by the p***y' with impunity.
'They asked me would I like to debate this gentleman, and I said "no",' the former VP continued. 'I said, "if we were in high school, I’d take him behind the gym and beat the hell out of him".'
Trump reacted on Twitter.
'Crazy Joe Biden is trying to act like a tough guy,' the president said. ‘Actually, he is weak, both mentally and physically, and yet he threatens me, for the second time, with physical assault. He doesn’t know me, but he would go down fast and hard, crying all the way. Don’t threaten people, Joe!'
More recently, Biden saw a hint of his own political liability during a June book-tour speech in Delaware.
Referring to the former vice president's habit of getting sometimes uncomfortably handsy with women and young girls during White House photo-ops, a heckler shouted: 'What about the girls you molested on C-SPAN at the Senate swearing in?'
Trump got in a dig at Biden following his 2016 Democratic National Convention speech.
'Our not very bright Vice President, Joe Biden, just stated that I wanted to "carpet bomb" the enemy,' the future president tweeted.
'Sorry Joe, that was Ted Cruz!'