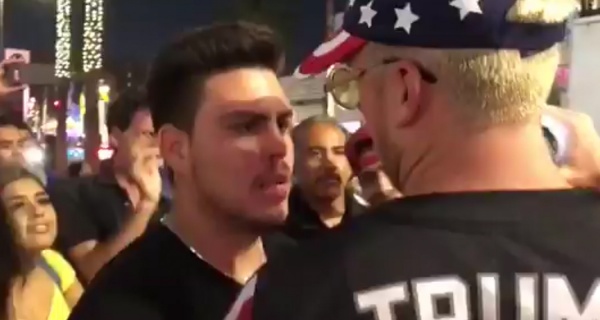 A massive brawl broke out Thursday night between supporters and opponents of President Donald Trump who had gathered around the Trump Hollywood Walk of Fame star that had been defaced by a vandal earlier in the week.

A video of the brawl, which was obtained by TMZ, shows Trump fans and anti-Trump protesters squaring off around the defaced star, with the protesters chanting “F*ck Donald Trump!”

Eventually, chaos breaks out and both Trump supporters and opponents can be seen fighting one another. At one point, one demonstrator kicks another demonstrator right in the head, although it’s not clear if the assailant is a Trump supporter or an opponent.

Watch the video below.