Did Russian Hackers Alter Votes In The 2016 Presidential Election? 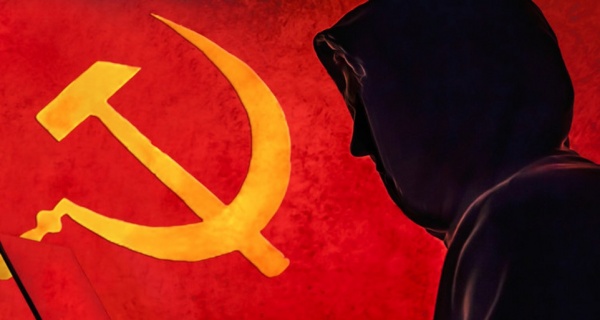 Circumstantial Evidence: Evidence in a trial which is not directly from an eyewitness or participant and requires some reasoning to prove a fact. —West’s Encyclopedia of American Law

Regardless of how many episodes of Law & Order one may have seen, most laypeople rarely understand the definition of circumstantial evidence. West’s Encyclopedia of American Law states: “There is a public perception that such evidence is weak (‘all they have is circumstantial evidence’), but the probable conclusion from the circumstances may be so strong that there can be little doubt as to a vital fact.”

Particularly in criminal cases, “eyewitness”(“I saw Frankie shoot Johnny”) type evidence is often lacking and may be unreliable, so circumstantial evidence becomes essential. Prior threats to the victim, fingerprints found at the scene of the crime, ownership of the murder weapon, and the accused being seen in the neighborhood, certainly point to the suspect as being the killer, but each bit of evidence is circumstantial.

And despite what Donald Trump, the Kremlin’s Executive in Charge of U.S. Operations, would have you believe, every credible intelligence source agrees that Russian hackers, under direct instructions from our other president, Vladimir Putin, interfered with the 2016 presidential elections. The evidence shows this is true.

But when it comes to whether or not Russin operatives actually changed votes or voter rolls, no one will admit to it, regardless of the mountain of circumstantial evidence.

According to the New York Times, Trump has seen text messages from Russian officers, emails from agents in the United States and “information gleaned from a top-secret source close to Mr. Putin, who had described to the C.I.A. how the Kremlin decided to execute its campaign of hacking and disinformation.”

So far, most of the news has focused on the “disinformation” part of the narrative—that Russia posted misleading ads on Facebook and spread propaganda on other social media outlets. We know Soviet agents paid protesters and created false news reports.

Aside from the widely known Twitter bots, the hacking part has been largely underreported—mostly because of the difficult-to-explain technological intricacies of the story and the vastness of the Soviet effort.

U.S. officials will admit that Vladimir Putin interfered with the 2016 election. They don’t specifically deny that Russian operatives altered votes. They will only say they cannot confirm that fact. They will say that there is no conclusive evidence to support it.

That is simply not true.

When one dissects the publicly available information on Putin’s state-sanctioned campaign to elect Donald Trump, the same evidence that supports the intelligence community’s assertion that Russia wanted to elect Donald Trump also points to the inescapable fact Soviet actors most likely changed votes.

In September 2017, the Department of Homeland Security notified 21 state election organizations that Russia had targeted their election systems before the 2016 election. Then they said 39. Then they said 50.

The New York Times report said that being targeted did not mean that “sensitive voter data was manipulated or that results were changed,” adding: “A hacker targeting a system without getting inside is similar to a burglar circling a house, checking for unlocked doors and windows.”

We were left knowing that Russia attempted to break into almost half of America’s voter databases, but the DHS assured the public that they had no evidence that any of the systems were actually compromised.

That was a lie.

When Bradley Moss, a cybersecurity lawyer, won a freedom of information suit against the U.S. government for data on the Russian hacks, the documents revealed that Russia actually got inside the voting systems of seven states, including 4 of the 5 largest states in terms of electoral votes—California (55) Texas (38) Florida (29) and Illinois (20).

U.S. intelligence officials disputed the claim at first. But days later, on Feb. 18, DHS acknowledged that seven states were actually breached, and Homeland Security didn’t inform the individual states until eight months after the election, according to NBC.

Yet, in recanting its initial lie, a statement from the Office of the Director of National Intelligence said the intelligence community’s assessment “found that Russian actors did not compromise vote-tallying systems. That assessment has not changed.”

Those states have vehemently denied that any votes were changed in the 2016 elections. Then again most of the states had no idea their systems had been penetrated until they were specifically told.

In fact, 6 of the 7 states still deny that their systems were ever breached.

But we know, without a shadow of a doubt, that these systems were targeted and breached. We know that Russian actors got inside. We know the DHS withheld information about this for nearly a year—not only from the public but from the individual states. Illinois admits that hackers unsuccessfully attempted to alter and delete voters rolls but the intruders were unsuccessful, partly because the state has a decentralized system.

But what if there was a state who, unlike Illinois, had voter data, voting-machine information and election rolls on one central computer?

That’s exactly what happened in Georgia.

When the DHS notified state election officials that Russians had targeted election systems, Georgia’s Secretary of State Brian Kemp was the lone state official who refused help from intelligence officials, according to Politico.

Around the time of the 21-state breach, a technician at the Center for Election Systems, the Georgia firm that handles the state’s election data, computers and training, found a hole in the election system’s server that would have allowed anyone to download or alter the database that included every voter in the state. He also found PDF files with the instructions, all the passwords and software files for the system that allowed poll workers to verify registered voters.

Georgia was one of the states listed.

“These sophisticated agents certainly [would have known] that Georgia’s entire election programming and management system, including private voter data, was on a single central computer managed by Secretary of State Kemp’s contract agent at Kennesaw State University,” Marilyn Marks, executive director of the Coalition for Good Governance, told Politico.

But we know Georgia uses some of the most hackable voting machines and runs its election on a system that was breached. In February, when the Center for American Progress graded each state on election security, Georgia earned a D.

The only logical explanation that could possibly explain why Russians did not change votes in Georgia is to somehow believe an international cabal of hackers got into the system, found instructions, voter registrations and passwords to voting machines and yet somehow decided not to do it, just because.

Marks says Georgia’s systems would have been an “ideal” target for Russian hackers because the state doesn’t use a system with a paper trail so there is no way to audit the system. Of course, a diligent eye could have inspected Georgia’s system or compared the saved backups with the hacked server.

But when Marks’ organization sued for data to see whether or not the state’s elections systems had been penetrated, Kennesaw State University, the college that houses the Center for Election Systems, wiped the servers clean.

Then they wiped the servers’ backups clean.

But is it possible to hack an actual voting machine and change votes?

At the 2017 Def Con computer security conference, perhaps the biggest gathering of hackers in the world, organizers challenged attendees to hack into a variety of 30 different voting machines used by election officials around the country.

Within 24 hours they hacked every one.

A 16-year-old hacker broke into an ExpressPoll voting machine used by Georgia in 45 minutes. Another cyberhacker showed how he could change votes in the WINvote machine used in Virginia, Pennsylvania and Mississippi, with only a computer, a mouse and a Microsoft Word document, as long as he had the password. But the hacker soon discovered that WINvote machines all had the same password.

The password, which could not be changed, was (you might want to take a deep breath) “abcde.”

A recent report by the New York Times detailed how a Pennsylvania auditor checking his state’s voting system found remote access software on the system that tallies votes. Electronic Systems & Software, the company that makes those machines, is the biggest voting machine manufacturer in America.

To be clear, this was not a voting machine. The system that counts votes had software installed that allowed a person who was not on the scene to gain access to the voting results. But the strangest part of this revelation was why the machine was being audited in the first place:

Pennsylvania voters complained that the ES&S machines were changing or “flipping” votes.

We know Russia has the capability to do this.

On Monday, the DHS announced that Russian hackers had gained access to U.S. electric utility control rooms. The breach made it possible for the intruders to cause blackouts, steal data, learn about the inner workings of the equipment and even create a backdoor, according to the Wall Street Journal.

All of these are lies based on the theorem that it is difficult, and often impossible, to prove a negative.

Hillary’s email server was wiped clean, so how can we be so sure that she wasn’t running a harem of toddlers? Of course, Obama says he is not a secret Muslim, but can he prove it? Can you disprove the fact that invisible, demolition experts planted C4 in the walls of Tower 7?

As absurd as these facts may seem, it is more absurd to believe that Russians hackers didn’t specifically change votes in the 2016 election.

We know, from Vladimir Putin’s own words, that he wanted Trump to win the 2016 election. We know that Russian agents interfered. The entire intelligence community agrees that Russia targeted the election systems in at least 21 states and breached the barriers in at least 8 states.

Every single source agrees that Russians could have changed votes. We know it is not a difficult task. We know it is so easy, even a 16-year-old could do it. Every single shred of publicly available evidence says Russian hackers would have altered voter rolls and votes.

Yet, we are supposed to believe that Vladimir Putin concocted this vast, Soviet-sponsored effort that included propaganda, computer experts, spies and an international ring of hackers, but when he was actually successful at breaking into voting systems, all they did was look around and change nothing?

If you believe that, I have some warm, sunny beachfront property in Siberia for sale. I’m also willing to throw in Hillary’s sex-trafficking Paypal receipts, Obama’s Kenyan birth certificate and Bush’s bomb-making blueprints.

Because you’d have to be a fool to believe that.