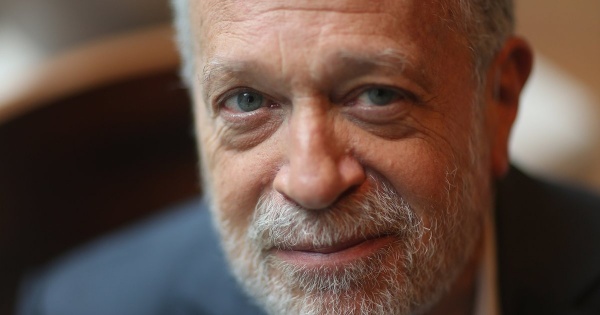 Senators, I write you not as a Democrat reaching out to Republicans, or as a former cabinet member making a request of sitting senators.

I write you as a patriotic American concerned about the peril now facing our democracy, asking you to exercise your power to defend it.

A foreign power has attacked our democratic institutions and, according to American intelligence, continues to do so.

Yet the President of the United States is unwilling to fully acknowledge this, or aggressively stop it. Most of your Republican colleagues in the Senate will not force his hand. As a result, because your party has control of the Senate, there is no effective check on the President – or on Putin.

What is America to do? We will exercise our right to vote on November 6. But by that time our system may be compromised. The President must be constrained, now. Putin’s aggression must be stopped, now.

If just two of you changed parties – becoming Independent, and caucusing with the Democrats – the Republican Party would no longer have a majority in the Senate. The Senate would become a check on the President, as the Framers of the Constitution envisioned it would be. And the President could be forced to defend the United States, as the Framers intended.

I implore you to do so.

There is precedent. I’m sure you remember Jim Jeffords of Vermont, who served as a Republican senator from 1989 until 2001. He then left the GOP to become an Independent and began caucusing with the Democrats. Jeffords’ switch changed control of the Senate from Republican to Democratic.

Jeffords left the Republican Party because of issues on which he parted with his Republican colleagues and the Bush administration. As he said at the time, “Increasingly, I find myself in disagreement with my party… Given the changing nature of the national party, it has become a struggle for our leaders to deal with me and for me to deal with them.”

I knew and admired Jeffords years before he switched parties. We worked together on a number of initiatives when I was secretary of labor. He was a humble man of principle and integrity. He retired from the Senate in 2007, and died in 2014.

I appeal to the four of you to follow his noble example.

The stakes for the nation are far higher than they were in 2001. The issue today is not one on which honorable people like Jeffords may reasonably disagree. The issue now is the fate of our system of government.

All of you recognize the danger. All of you have expressed deep concern about what is occurring.

Senator Flake recently introduced a non-binding resolution acknowledging Russian involvement in the 2016 elections, expressing support for the Justice Department investigation and calling for oversight hearings about what happened in Helsinki. But Flake’s fellow Republicans blocked that resolution, and it failed.

Senator McCain said the President has “proved not only unable, but unwilling to stand up to Putin;” that Trump “made a conscious choice to defend a tyrant against the fair questions of a free press, and to grant Putin an uncontested platform to spew propaganda and lies to the world;” and that the President has “failed to defend all that makes us who we are—a republic of free people dedicated to the cause of liberty at home and abroad.”

Senator Corker has likened the Republican Party to a “cult,” and conceded “it’s not a good place for any party to end up with a cult-like situation as it relates to a President that happens to be of purportedly of the same party.”

Moreover, the three of you have decided against seeking reelection. You have no reason not to follow your consciences.

Senator Collins represents a state that has had a long and distinguished history of independent-minded politicians (the other current senator from Maine, Angus King, is an Independent). Her constituents will surely forgive her if she leaves the Republican Party.

There is a scene in Robert Bolt’s play “A Man for All Seasons,” in which Thomas More, having angered Henry VIII, is on trial for his life. After Richard Rich commits perjury against More in exchange for the office of attorney general for Wales, More says: “Why, Richard, it profits a man nothing to give his soul for the whole world . . . But for Wales!”

You have not pledged yours souls to the Republican Party. You have pledged yourselves to America. Now is the time to deliver on that pledge.

This article was originally published at RobertReich.org