WATCH: No Charges Filed Against Man Who Murdered Man Over Parking Dispute 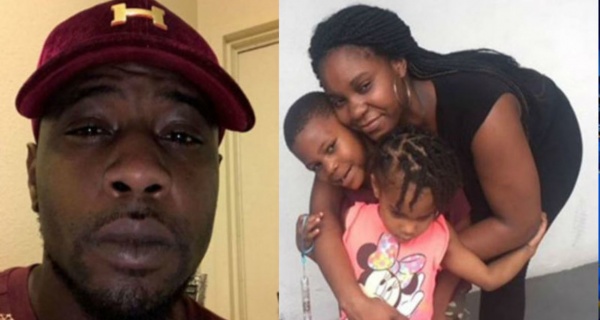 A white man in Florida shot and killed a black man who came to the defense of his girlfriend in a parking spot dispute — and may not be charged due to the state’s “Stand Your Ground” self-defense law.

The Tampa Bay Times reported that on Thursday in the town of Pinellas, a man named Michael Drejka approached Britany Jacobs’ car to tell her she was parked in a handicapped spot and needed to move. She told the man she’d move the car as soon as her boyfriend came out of the Circle A Food Store, but Drejka wouldn’t “let up.”

Angered, Jacobs got out of the car to speak more directly to the man. Her boyfriend, Markeis McGlockton, heard about the commotion from inside and went out to see what was happening. Upon seeing Drejka screaming and cursing at Jacobs, McGlockton shoved him to the ground.

Immediately after going down, Drejka shot McGlockton in the chest. By the time he was brought to a nearby hospital, McGlockton was pronounced dead.

McGlockton stumbled into the store covered in blood after the shooting, Jacobs’ told the Times. Their five-year-old son saw him, and has reportedly been “not too good” since his father was killed.

Despite the fatal injury, police who arrived on the scene of the shooting didn’t arrest Drejka due to the state’s “Stand Your Ground” law, which allows people to defend themselves with weapons in the face of a perceived threat.

In an interview with Tampa’s Fox 13, store owner Ali Salous said he wasn’t surprised Drejka killed someone after watching him “become argumentative” over the same issue last month. The owner also said he called police after the first fight.

You can watch a news report on the shooting, which includes security camera footage of the situation up until the moment Drejka shot McGlockton, below: