Pro-Gun Candidate Admits To Shooting And Killing His Mother 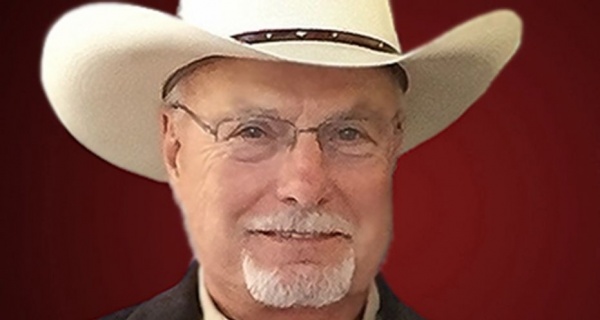 A Republican Arizona state Senate candidate has shocked gun control advocates by sharing details about shooting and killing his mother in apparent self-defense more than 50 years ago.

Bobby Wilson, who is running to represent a southern Arizona district, told The Associated Press that he's not trying to hide anything. He says his mother was "insane" and shot at him with a rifle when he was in bed in their Oklahoma farmhouse one night in 1963. He then shot and killed her — Wilson's sister also died that night, and the house caught on fire.

"I'm lucky to be alive, twice over," Wilson said.

Wilson wrote about these events in his 2010 book "Bobby's Trials" and also mentions them on his website biography. But they caught public interest when he appeared at a Moms Demand Action forum in Tucson earlier this month. Wilson told the crowd he was "living proof" that the only one who can stop someone trying to harm somebody is a "good guy with a gun."

He didn't say at that event that the person he shot was his mother.

Rep. Daniel Hernandez, a Democrat who represents the same district Wilson is running in, was at the forum. He said Gabby Giffords, the former congresswoman who was shot in Tucson in 2011, and other gun violence survivors were in the audience. Many were shocked, he said.

Hernandez — who was at the scene when Giffords was shot — said Wilson also brought up the Giffords shooting, saying that she should've had security.

"I've never ever heard someone be so aggressive in that view, and also to drag Gabby into it, I thought, was so distasteful and so disgusting," he said.

Jacob Martinez, an organizer with March for Our Lives AZ, said he thinks Wilson's experiences as reported show the necessity of providing emotional help to those who need it — and ensuring that guns in homes are locked up.

"He should know better than anybody that something needs to be done, and the fact that he can't acknowledge that speaks volumes," Martinez said.

Wilson is running for a seat currently held by Democrat Sen. Andrea Dalessandro. He's in a primary running against Republican Shelley Kais, who says there are other issues that matter to voters.

"We need someone who can secure a position and a voice for the people of southern Arizona and we don't need controversy like this swirling around them," Kais said.

Wilson is undeterred by criticism. The night after the forum, Wilson posted on Facebook he was the only Republican candidate with the "guts" to appear. "I was greeted with boos and catcalls," he wrote. "Loved it!"

The Arizona Republic reported Monday that Wilson was imprisoned after the deaths were discovered. After two trials, the court eventually dismissed his case in the early 1970s. The Republic also reported that newspaper accounts at the time of the shooting gave conflicting details about how Wilson's sister died and other elements of that night.

Wilson said he never confessed to anything at the time because he had amnesia and didn't remember what happened for many years.
After working as an attorney, Wilson moved to Arizona in the mid-1990s. He worked as a private investigator and teaches in the paralegal program at Rio Salado College.

Wilson says he's a licensed gun owner. But he says he hasn't had to act in self-defense since.

"That's the only time I've ever been in that situation, and I hope it's the last time," he said.