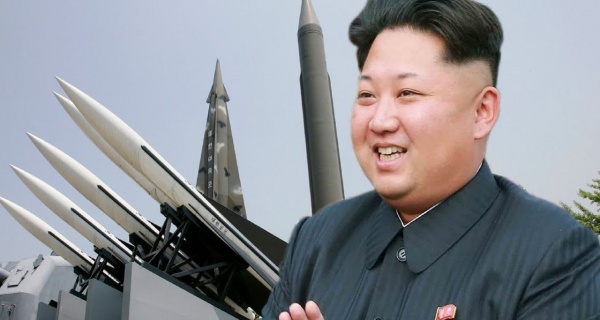 Date Posted: Thursday, July 12th, 2018
North Korean officials did not show up to meet US officials to discuss returning the remains of US soldiers killed in the Korean War on Thursday, and it's essentially a slap in the face to President Donald Trump.
When Trump made history by meeting North Korean leader Kim Jong Un in Singapore in June under the stated aim of denuclearizing the rogue state, Trump didn't get many concrete promises out of Pyongyang.
But one thing Kim agreed to in writing was "recovering POW/MIA remains, including the immediate repatriation of those already identified."
"The repatriation of the Korean War remains is significant in that it partially closes a painful chapter in US-Korea relations," Benjamin Young, a North Korea expert from George Washington University told Business Insider. "It's significant from a historical perspective and is symbolic. "
But North Korea did not immediately repatriate any bodies. By blowing off the meeting, as South Korea's Yonhap News reported, North Korea has shown it can be difficult even over symbolic gestures of kindness.
After the summit, Trump really pressed the idea that returning the bodies was a significant achievement by making some dubious claims.
Trump said "thousands" of parents of Korean War soldiers asked him to get the remains back, but the Korean War took place from 1950-1953, meaning those parents would have been born around the 1920s, and approaching 100 years old today; it seems likely this figure includes surviving relatives of the deceased who are still seeking closure.
Later in June, he claimed 200 bodies had been returned, but provided no evidence. North Korean officials have said they have identified the remains of about 200 US soldiers, so it's unclear why North Korea would still be meeting if it had returned the bodies.
North Korea's latest snub follows Kim Jong Un electing to go to a potato farm rather than meet with Secretary of State Mike Pompeo and North Korean media bashing the US's stance on denuclearization as "gangster-like."
While Trump likely played up the demand by living US parents of Korean War veterans for their remains, returing the bodies would undoubtedly improve relations and build trust.
Kim has not agreed to take any steps towards denuclearization, and there's ample signs that North Korea has continued to pursue nuclear weapons.
But Kim did agree to bring back the bodies. Sending the bodies back would demonstrate that North Korea can be trusted to some degree, and cost Pyongyang nothing in terms of military posture.
North Korea called for a US general to negotiate with them the return of the remains of US soldiers as soon as Sunday, Yonhap reported.
If North Korea drags its feet on making good on an explicit promises to deliver a symbolic and kind gesture, it doesn't bode well for the larger goal of denuclearization.