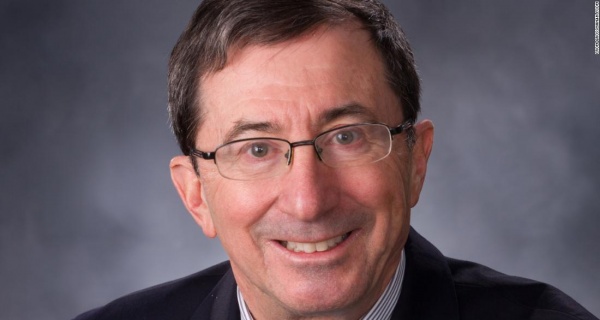 Date Posted: Tuesday, July 10th, 2018
Seth Grossman is a white supremacist pundit who is now the GOP nominee for Congress in New Jersey's 2nd Congressional District.
Media Matters reports that Grossman has a history of publicly praising white supremacist op-eds from online Nazi and "white nationalist" publications. One of the posts Grossman thought was cool enough to share said Black people are a threat to all who cross their paths.
In an email to Media Matters, Grossman attempted to distance himself from his endorsement of the racist "threat to all who cross their paths" piece and said he wants to help "take the Democratic training wheels off the black and Hispanic communities so they can succeed even more."
What the --
Okay, continuing on...
Grossman drew headlines last month when American Bridge 21st Century PAC released a video of him saying in April, "The whole idea of diversity is a bunch of crap and un-American." (American Bridge founder David Brock is also the founder of Media Matters.)
Grossman's career as a pundit provides numerous other examples of him publicly spouting bigotry. CNN's Nathan McDermott, Andrew Kaczynski, and Chris Massie reported that Grossman has said diversity leads to Muslims killing Christians and that Kwanzaa is a fake holiday made by black racists to divide America, among other remarks.
Media Matters previously documented bigoted and racist remarks about Black and Muslim people that Grossman had made in commentary pieces and on social media before he launched his run for Congress. He claimed to know of many Africans who wish their ancestors had been taken to America as slaves and said Islam is a cancer that has already infected a billion people. Grossman also promoted white nationalist propaganda.
He posted a link on his Facebook accounts to an openly racist piece on the white nationalist website American Renaissance that claimed Black people "are a threat to all who cross their paths." American Renaissance is run by white nationalist writer Jared Taylor. The piece that Grossman linked to was written by an author who uses a pen name and claims to be a public defender in a large southern metropolitan area.
Here's an excerpt from that piece.
"My experience has taught me that we live in a nation in which a jury is more likely to convict a black defendant who has committed a crime against a white. Even the dullest of blacks know this. There would be a lot more black-on-white crime if this were not the case.
However, my experience has also taught me that blacks are different by almost any measure to all other people. They cannot reason as well. They cannot communicate as well. They cannot control their impulses as well. They are a threat to all who cross their paths, black and non-black alike."
Okie doke.
Here's Grossman on video saying stupid stuff: