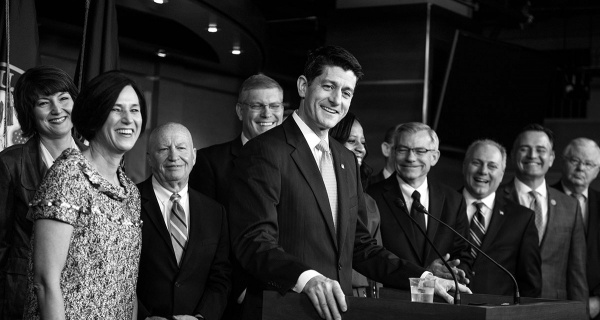 Date Posted: Monday, July 9th, 2018
The nation’s children’s hospitals would see drastic reductions in funding for their patients if the Republican-led U.S. House of Representatives’ proposed budget passes, hitting pediatric facilities already facing payments that are shifting away from inpatient care.
An alarm bell for the future financial health of the nation’s children’s hospitals comes from a new report from Fitch Ratings, which sees the move to “risk-based contracts” as a problem for pediatric facilities. But the situation for children’s hospitals would be made worse if House Republicans are successful in their latest attempt to slash spending on Medicaid which pays for half of pediatric care at U.S. children’s hospitals.
“Children's hospitals' high exposure to Medicaid and inherent vulnerability to governmental funding cuts will always be a credit concern,” Fitch Ratings Senior Director Kevin Holloran said in the new report, “Minor Stresses Emerging for U.S. Not-For-Profit Children’s Hospitals.
The Fitch report comes as Republicans in the U.S. House of Representatives resurrect some of the same approaches to government spending that have already failed in Congress under Speaker Paul Ryan’s leadership.
Last year, for example, the Ryan-backed American Health Care Act, also known as Trumpcare, would have rolled back the Medicaid expansion under the Affordable Care Act and introduced a new spending formula that gives each state a fixed block grant of federal money to pay for Medicaid coverage for poor Americans. The AHCA eventually died in the U.S. Senate amid a public outcry over the millions of Medicaid patients projected by the Congressional Budget Office to lose health coverage.
But House Republicans are back again with a similar proposal tucked inside their fiscal 2019 budget proposal, which includes an effort to turn Medicaid into a block grant program that would essentially set spending limits akin to the American Health Care Act (AHCA).
“Anytime you cut the Medicaid program either directly or through block granting, you are disproportionally impacting kids,” Children’s Hospital Association CEO Mark Wietecha said in an interview. The association represents more than 200 U.S. Children’s hospitals.
To be sure, any cuts in Medicaid funds hit Children’s hospitals hard. Of the more than 74 million Medicaid and Children’s Health Insurance Program enrollees, nearly 40 million are children , according to a report last year by The Chartis Group.
Historically, Medicaid has been more open-ended and funded via a match of funds between the states and federal government. Thus, if a particular state Medicaid program was faced with a large number of people in need of expensive medicines or treatments, more federal dollars would flow to the state. States also see an uptick in Medicaid patients when companies lay off workers.
But the House fiscal 2019 budget blueprint says it would put Medicaid “on a budget for the first time.”
“AHCA institutes per capita caps for Medicaid – or optional block grants, if a state prefers – to put the program on a budget for the first time,” the House fiscal 2019 budget blueprint says. “This ensures Medicaid can continue to serve the most vulnerable Americans it was intended to help.”
Medicaid has gradually grown as the health insurance for most children since 2001 when nearly 55% of pediatric patients had commercial insurance coverage to just 40% with commercial coverage today, Wietecha said. “Any kind of cut you make on the public side impacts all the kids,” Children’s Hospital Association ’s Wietecha said.
Children’s hospitals, like other inpatient facilities, increasingly see a higher concentration of patients with more serious illnesses that are more costly to treat as health insurers move payments from fee-for-service medicine to value-based models that emphasize medical care treatment in clinics, at home and in doctor’s offices.
“We have more Medicaid kids and we have sicker kids,” Wietecha said. “Those two things put financial stress onto the hospitals.”
The move to value-based models that emphasize outpatient care and population health mean Children’s Hospitals face potential loss of business amid political threats to cut what they are paid.
“Stand-alone children's hospitals may also be vulnerable to volume erosion over time as payors and patients become increasingly price sensitive,” Fitch’s Holloran said. 'The more aggressive push for risk-based contracts that have developed in several major metro areas could pose additional reimbursement pressure for those children's hospitals not yet structured to manage risk.”