The Fallout From Trump's Tariffs Have Started 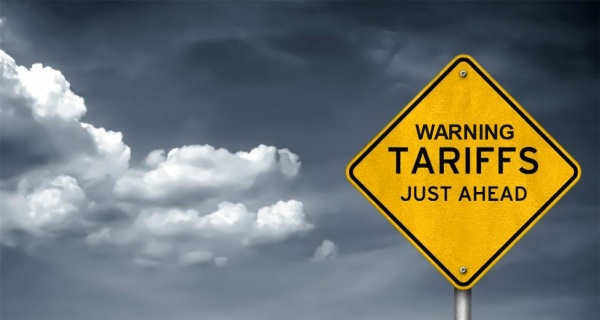 Donald Trump said his administration’s tariffs on imports would create U.S. jobs. But the list of companies blaming the tariffs for job losses—or expressing concern about future cuts—is growing:

*Among the first was Harley-Davidson, which announced that it was moving some of its operations overseas because Trump’s tariffs will raise prices of its bikes in the U.S. and shrink the market. The company hasn’t said exactly how many jobs will be affected.

*The country’s biggest nail maker, Mid-Continent Nail, said it laid off 60 U.S. employees on June 15 and that the whole company might go out of business by Labor Day. The Missouri company had been importing the steel for its nails from Mexico before the Trump administration placed a 25% tariff on the steel.

*REC Silicon, which manufactures polysilicon for solar equipment, said it laid off 100 workers at its factory in Washington State because of the U.S.’s ongoing trade dispute with China. The company said its Washington plant has gone down to a quarter of its production capacity because of the dispute.

*The Solar Energy Industries Association estimates that new tariffs imposed by the Trump administration in January will remove 23,000 jobs from the U.S. solar industry.

*General Motors sent a letter to the Commerce Department complaining that further tariffs on imported auto parts and materials could result in higher car prices and, ultimately, a smaller GM.

*BMW sent a similar letter to the Commerce Department, saying that new tariffs imposed for national security reasons on EU-assembled cars could lead to job cuts at the company’s South Carolina plant.

*Volvo just opened a new plant in Ridgeville, South Carolina, and promised that 4,000 new employees would eventually work there. The company is now saying it may have to break its hiring promise because of the Trump administration’s steel tariffs and the threat of retaliatory tariffs by other countries.

A study by the U.S. Chamber of Commerce says “recent and proposed” trade actions by the Trump administration threaten as many as 2.6 million American jobs and will “stymie our economic resurgence.”

In his first press conference after winning the presidency, Trump proclaimed: “I said that I will be the greatest jobs producer that God ever created–and I mean that.” The president and administration officials have pushed the view that the tariffs will eventually create jobs and bring jobs back from overseas. Indeed U.S. Steel announced the re-opening of a steel plant, and the rehiring of 300 workers, as a result of the new steel tariffs.

Overall, however, most economists believe the tariffs will be a job killer. The Tax Foundation estimates that the Trump tariffs will immediately result in the loss of 48,585 jobs and that job losses could number as high as 250,000 if Trump goes ahead with plans to impose new tariffs on another $200 billion worth of Chinese products.