Conservatives Use Psychological Tricks To Galvanize Their Base 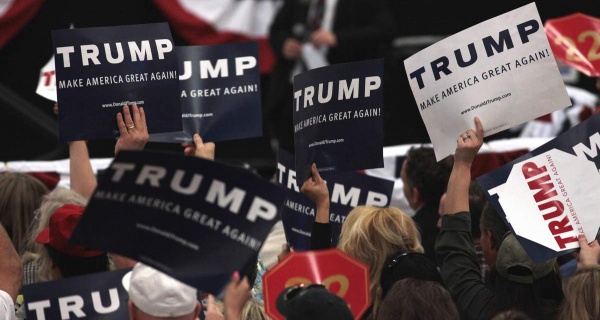 True righteousness, like true bravery or true love, will cost you. You have to put risky, expensive effort into it or else it’s just lip service. We each have limited effort to expend. How we expend it is the true expression of our priorities.

But between true righteousness and mere lip-service there’s a bargain alternative: Token righteousness. Pick some easy, trivial issue and crusade on it pretending that it’s the highest priority, the most epic concern. With token righteousness, you can pose as if your bravely, lovingly saving the world without having to prioritize the truly daunting threats to it.

You can collect a whole charm bracelet of trinket issues to make yourself feel like you’re covering all the marks of righteousness. Here’s one for justice, one for care, one for compassion, one for bravery. Collect enough and you can pretend you’re world-encompassing.

Movements have to grow to stay newsworthy and formidable. Movements often overcount their membership or offer trinket premiums for joining – a tote-bag, a magazine subscription.

For recruitment, the right wing offers charm bracelets of trinket causes as their membership premium, a collection of easy, low priorities that they inflate to existential status. Members tinkle their little charm bracelets as if tolling the bells of epic righteousness.

Some of the current trinkets:

For bravery: Defending the second amendment.
For civil rights: LGBT bathrooms.
For national defense: Barring immigration.
For care: Anti-abortion.
For defending tradition: Anti-gay.
For fiscal responsibility: Anti-welfare to others (they’d like to keep their own).
For compassion: Devotion to Christ and care for fellow members of their self-righteous exceptionalist cults.
For Truth: Faith in the bible.
For freedom: Corporate libertarianism.
For patriotism: Upholding the flag and opposing the bended knee.
For global concern: Anti-Islam, anti-communism.
For justice: Lock her up.

The charm bracelets give right-wingers the impression that they’ve covered all bases and therefore must be prioritizing. Of course, they aren’t. Standing against abortion, they feel free to ignore all of the deathly havoc their causes cause.

Compassion and care? Prioritizing would put climate crisis and nuclear threat at the top of the list. Not for the trinket jinglers. For them, it’s the anti-abortion fight, compassion for the torture of Christ and generosity for fellow cult members.

They’re doing what psychologist Otto Rank called “partializing,” making their little something everything. It’s telling that the right choose to call being anti-abortion being pro-life as though protecting fertilized eggs is all it takes to protect life.

That’s the point. Armed with their mighty trinket charm bracelet, they never have to think beyond their trivial causes. They use their trinkets to pivot debate. You bring up a priority and they shake their wrists at you at you saying “yeah, but what about this?!” pointing to one of their misplaced token priorities.

Trinketing is a form of threat displacement: Rather than facing a formidable threat, you dissociate and self-sooth by obsessing about some more manageable threat. Rather than facing your own complicity, you project it on to others. They’re the real criminals. Lock. Them. Up!

As teens, many of us started caring about the world’s woes by witnessing one injustice or another. More seasoned activist recognize in teens a certain naivete, puppy care much like puppy love, falling hard for the first one you met. The teens will soon grow out of it. Some of us stay single issue forever but most of us grow out of it. Teens who wake up to the woes of the world through a single issue eventually come to see it as one of many.

Some begin to prioritize. Others balk and walk away learning how not to care. Real prioritizing is hard, that has always been the left’s problem and a source of our inability to galvanize and focus for long.

Of course, some of us found our issues through direct threat to ourselves and our loved ones, for example, #MeToo movement, #MarchforOurLives movement or the Vietnam war for older generations. You’ll notice that the right’s trinket issues are not a source of direct threat to those wearing the charm bracelets. They don’t have the moral equivalent of legal standing on most of these issues. They’re not directly or indirectly oppressed by any of the threats they jingle. They have to exaggerate the threat to them personally to gain any credibility. That’s why you get this perverse argument that their right to not be offended is a higher priority than a gay person’s right to marry.

Trinketing is a powerful way to galvanize the right’s token righteousness even if it has nothing to do with addressing the world’s true woes.