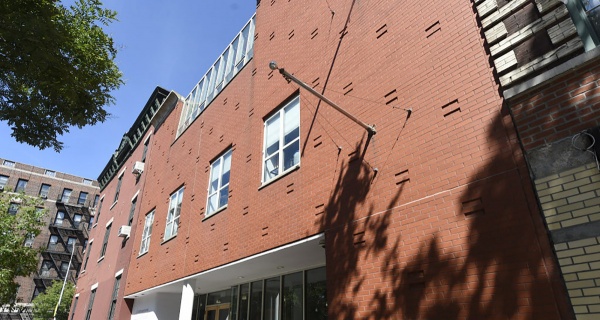 Parents are irate over a plan to segregate students by race at the celebrity-friendly Little Red School House in the West Village.

They also learned that the race-based placement policy had already been in effect for the 2017-18 school year for 7th and 8th graders, and would likely be expanded to the 6th grade in September.

Each grade, which has approximately 40 students, has two homerooms. Students remain with their homeroom groups for 30 percent of the school day.

Parents revolted at the revelation.

“My daughter who is 11 was like, ‘Wow, this is crazy. They are talking about separating by color,’” one father, who asked to remain anonymous, told The Post.

“And I was thinking how antiquated is this? This is backwards. It’s almost like segregation now.”

After a Post inquiry, Kassen sent a message to parents Wednesday detailing last year’s race-placement “initiative” — which multiple sources said they had never been informed of.

But parents said the school has always let race play a heavy hand in class placement. One mother said for three years all but one of the 10 non-white students in her child’s grade were assigned to the same class in lower school.

Another father, whose daughter recently graduated from the middle school, said classes have been segregated for as long as she was enrolled there and was conspicuously in effect during the 2016-17 year.

“They weren’t very transparent about it,” said the grad’s father, whose daughter was in what he referred to as the “minority class.”

“It was my daughter who immediately noticed that all the kids of color were in one class. If you’re going to have that policy, you need to be upfront,” he said.

The grad’s father said the divisions were obvious as far back as kindergarten.

“We realized she was placed with all the minority students, but none of her friends. It was peculiar that they didn’t spread everyone out.”

In 2016, when he mentioned his concerns to fellow parents, they refused to believe that the school would section off kids according to race.

Once the policy — which Kassen claimed was only in effect last year and limited to 7th and 8th grades — became common knowledge in early June, enraged parents went on the offensive.

“They had a couple meetings with parents and there was a lot of buzz and outrage and yelling,” said another parent at the school.

“Everyone was saying, ‘We don’t think it’s necessary. These kids have been friends since kindergarten and nursery school. They don’t see color so why are you doing this?’

On June 12, Kassen — who made $403,039 in total compensation in 2016 — emailed parents explaining that the proposed class-placement policy would be reviewed.

Eight days later, he emailed again, stating that he would nix the policy, but would continue to keep “race as a critical, but not primary, determinant.”

Parents are unclear what that means, and Kassen refused to comment to The Post beyond providing emails sent to parents.

In the Wednesday missive to parents, he explained the policy was born from conversations with recent graduates who said the school could “create greater opportunities for connection and support.”

He points to a passage from the school’s handbook that states: “Research points to the academic, social, and emotional benefits to being in a classroom with others who share racial, ethnic, linguistic, and/or cultural backgrounds.”

Amanda Uhry, president of Manhattan Private School Advisors, said she’s heard complaints from clients regarding the Little Red School House controversy. “How could a school possibly do that? I don’t know if I would necessarily send a child to a school that separated by race,” she said. “1964, remember that? We had segregation in America. What is this? It’s segregation!”

Another private school advisor, Victoria Goldman, author of “The Manhattan Family Guide to Private Schools,” said the brouhaha “will most likely affect admissions” at the 97-year-old institution.

An NYC-based educational consultant with a focus on minority students said Little Red School House’s proposal is “the lesser of two evils,” explaining that often when there is a single black or Latin student in a class — especially history and literature classes where discussions can turn political or personal — they can feel isolated and uncomfortable.

“The intention is to make students of color feel that they are a critical mass and have a voice,” the consultant said, adding that a handful of other schools, including Bank Street on the Upper West Side — which has students break into self-identified “affinity groups” four times a year for 45 minute classes — have experimented with similar policies, though to a much lesser degree.

“And if that results in clumping kids and creating some all-white classrooms, it’s a trade-off worth making,” she said.

However, it’s only a temporary solution, the consultant warned.

“The problem is, there still isn’t enough diversity in New York City independent schools. This is just a band-aid. You need to advocate for more financial aid and diversity.”

“It’s almost like sometimes, in trying to do the right thing, they go too far,” he said. “They are trying so hard to equalize everything that they end up making some of those people in the groups more uncomfortable.”