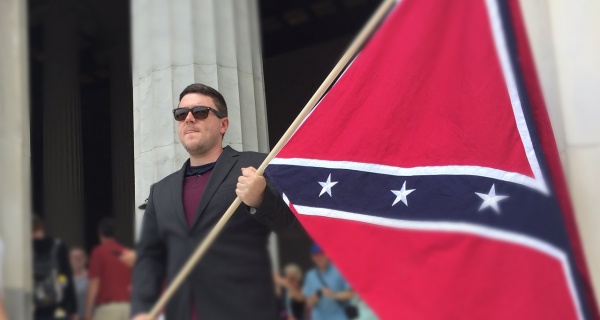 One year after a mob of White supremacists converged on Charlottesville, Virginia, with the purpose of violence, the organizer of the event will hold another rally on the anniversary in Washington, D.C. This time, the racist rally will be known as the “White civil rights” rally.

The National Park Service has granted a permit for the event to be held at Lafayette Square on the weekend of Aug. 11-12.

The organizer of the rally, Jason Kessler, is the same person who organized the Charlottesville rally in 2017.

During the rally in Charlottesville, hundreds of racist White protesters were armed with machine guns, shields, pepper spray, sticks, and other weapons. They yelled racial slurs and held Confederate flags and swastikas. They attacked others who protested against their racist views.

Heather Heyer was killed after White terrorist James Alex Fields, Jr. drove his car into a group of people.

Kessler responded by saying Heyer was a “fat, disgusting Communist” whose death was “payback.”

And Trump showed his racism by saying the marchers were “very fine people.”

America supports freedom of speech, but there is no way Islamic terrorists would be allowed to hold a similar rally near the White House.

The nation won’t stop racism until it is treated as a crime. And considering the violence that occurred last year, this rally should be considered a crime.