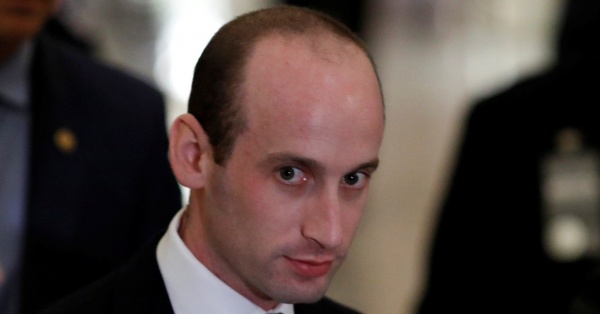 “No nation can have the policy that whole classes of people are immune from immigration law or enforcement,” Miller told The Times.

“It was a simple decision by the administration to have a zero tolerance policy for illegal entry, period,” he claimed. “The message is that no one is exempt from immigration law.”

In May, New York Times editorial board member Mara Gay identified Miller as the leader of a White House faction intentionally inflicting harm.

“Let’s be clear, though, immigration has been an issue, a difficult one, a thorny one for the administration, but some of the stuff we’re seeing, the cruelty, is intentional,” Gay argued. “You know, this is a ‘Stephen Miller faction.’ That’s what’s happening.”

“This is not a zero-tolerance policy, this is a zero humanity policy, and we can’t let it go on,” Merkley suggested. “Ripping children out of their parents’ arms to inflict harm on the child to influence the parents is unacceptable.”